As my eyesight has deteriorated over the years, many times a day I am forced to put on/take off my glasses to discern the details of something I am looking at.  Sometimes I reach for the binoculars and sometimes I just give-up and accept that the object of my attention will remain a blurred reality. 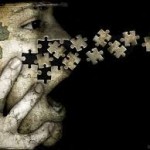 Similarly, as the quality of our news reporting has deteriorated over the years, many times a day I am forced to choose whether to believe what I am being told or to cry “Rubbish!” at the TV, radio or newspaper.  Sometimes I will go to professor Google to do my own research. Sometimes this is helpful, but often all I find is more ignorance shouted from the digital soapbox.

The air is thick with truth, lies and half-truths lately.  Terrorism, fundamentalism, climate change, the economy, refugees; all responded to with fear, stereotypes, generalisations and hate speech, spoken with false certainty.  So here I am on the soapbox. I know that I have been harmed by half-truths and lies in my own life. So I will write here only of 10 things I know to be true.

1.       There is a simple answer to every complex problem; and it’s always wrong. Be careful with advertisements, slogans and bumper stickers.

2.       Stereotypes and generalisations are always half-truths.  Not knowing which part is truth and which part is lie makes such statements dangerous.

3.       Beware of people who use symbols of power to give what they say an air of authority. Men in dark suits and conservative ties, people with titles, politicians, clergy, and police.  Sometimes ordinary people speak more sense than Presidents, Prime Ministers, CEOs, judges, police, shock-jocks and movie stars.

7.       Fear is a poor foundation for good decision making.  Acknowledge your feelings, but listen to the facts.

8.       We are more resilient than we imagine.  A cohesive community is the basis of security and happiness; but cohesion is not sameness and diversity is not division.

9.       It is not a sign of weakness to look for the best in others. If we are to build a better world it will be because we live to our better natures and grow in maturity.

10.   God is love. Unmitigated, unconditional, love for all, It’s not easy to love our enemies; I suppose that is why it is a virtue.

In this fast-food-society, simple solutions to complex problems are offered and accepted far too often. We can do better. True discernment takes effort, but a world built on lies will surely fail.

As the apostle Paul put it “Do not be conformed to this world, but be transformed by the renewing of your minds, so that you may discern what is the will of God; what is good and acceptable and perfect.” Romans 12: 2