We all make promises. Some are considered. Some are rash. Some we live to regret. 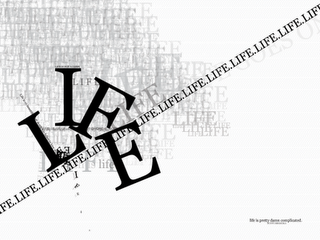 We can regret breaking them and we can regret keeping them.
I broke mine and walked out on my first marriage after 11 years of trying to make it work.

My parents kept theirs and stayed in a loveless marriage for over 50 years.
In the world of politics breaking a promise is a cause for relentless recriminations from opponents and many a headline in the media.

Keeping your promise may make you feel virtuous on one level, but there is nothing noble about keeping your promise if it damages or destroys someone else. The truth is it is our pride, our social standing, our distorted sense of virtue that makes keeping a promise more important than doing the right thing.

The New Testament story of King Herod is instructive. Herod had imprisoned John the Baptist, to keep him quiet from denouncing his adulterous relationship with his brother’s wife. On his birthday he threw a big party and invited all of the dignitaries to come – “high officials, military commanders and the leading men of Galilee,” we’re told. At the height of the celebration, his step-daughter made her entrance. We’re not told her name or anything else about her, just that “she came in to dance, and she pleased Herod and his dinner guests.” It must have been some kind of dance, for, when it was over, Herod made a very rash promise, “Ask me anything you want, and I’ll give it to you … up to half my kingdom. It was a rash promise. But then, so what? What could a young woman like his step-daughter possibly want from him? Jewels, clothes, property? He wasn’t worried.

She ran out to find her mother. “What shall I ask for?” Her mother, having nursed bitter contempt for John the Baptist because he condemned her adultery, said, “Go back and tell Herod to give you the head of John the Baptist on a platter.”

When she came back to the banquet hall, she stood before Herod and said, “I want you to give me right now the head of John the Baptist on a platter.” Herod had put John in prison to shut him up, but he had no intention of killing him.

Yet, he’d made a promise, and everyone heard it. To renege on his word would be to lose face. This was a promise he had no right to keep, but he did. The executioner was sent to do the deed. He came back with John’s head on a platter.

Rash promises. We all make them. What happens when it all goes wrong?

Admit your mistake, seek forgiveness and move on in grace. God is not done with us yet.

This is the gospel, and it’s good news!