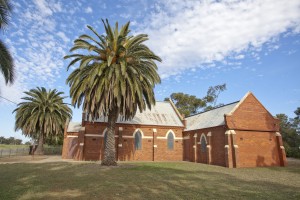 We closed the little church at Toolamba on Sunday (4th Dec 2016). It was a sad day for the people of Toolamba and for anyone who has been associated with it in its 140 year history. It was with deep regret that we reached the decision to close and decommission the church buildings.

The current building was opened in 1923. It replaced the original Union Chapel which building was a joint effort of the Methodists and Presbyterians built in 1874.  One hundred and three years later when the Uniting Church came into being in 1977 Methodists and Presbyterians in the district became a single congregation again as Toolamba Uniting Church. As with the story of many country churches, Toolamba saw a steady decline over the last 40 years. There is no one reason and it is not one person’s fault, but there are many factors that contributed to the 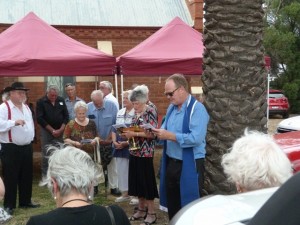 closing of Toolamba. Smaller family size, people retiring into larger towns and the whole social transformation have seen the need for a small church surrounded by paddocks diminish. Since 1999 the Tatura and Toolamba congregations have met jointly. Maybe, in the end, it was just God’s time. But still it hurt.

The service on Sunday saw the church full. Many people came back to celebrate its role in their lives. A feature of the service was reflections by some who had moved away but felt that their lives had been shaped and blessed by their time at Toolamba. The church services and groups were often the places where people gained their first experience of leadership and public speaking. They were also the places where values and character were formed and faith was born. One can only imagine how many times the story of the Good Samaritan was read and people asked themselves “Who is my neighbour?” How many times the story of the Prodigal Son was read and people asked themselves about the nature of forgiveness? 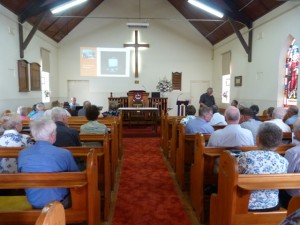 The building breathes with the prayers of many generations. Here new lives have been welcomed in baptism, love has been celebrated in marriage, and those we loved farewelled at their death. On the walls, Honour Rolls display the names of those who served their country in two world wars. Furniture, fences, bowls and pedestals bear the names of those who loved this church. But its time has come.

While we mourn the loss of a good friend, because to many of us this church is like a friend or even a family member, we remember that we are people of the resurrection. When the night seems the darkest and there we think there is no way out, there is always the 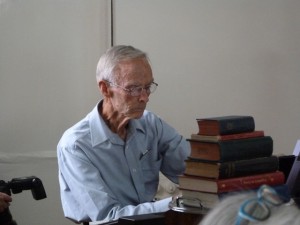 dawn of hope.  The season of Advent, the four weeks before Christmas, is a time of intentional anticipation; of looking ahead to the new ways that God’s love might be born among us. It is a time to celebrate the surprising nature of faith–to expect the unexpected, and take joy in the unknown. The time has come to look forward. As one door closes, another opens. The Toolamba and Tatura congregations of the Uniting Church will continue to meet and witness to the gospel of the second chance, the joy of forgiveness, love for our neighbour and the God who surprises us as he enters our lives when we least expect it.