That’s not how I remember it. How many times have I said that when family gets together and we recite the war stories of our childhood. Stories of holiday adventures, mishaps and accidents. Stories of fights, sibling rivalry and tears before bedtime. Who said what. Who started it. Who never said sorry. And so, on it goes. And of course, we all think that our version of the family history is the correct one.

I’m sure this happens in most families, but if you have a writer in the family somehow their version of events can cause serious dispute; particularly when you see yourself appearing in print. 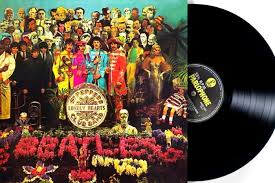 My sister is a writer, a good writer of short stories, novels and poetry. Family history often becomes the source of such stories. She of course changes the names and maintains that it is fiction but I still have people come up to me and say, “Oh, so you are Phillip?” in this or that published story. My denials and explanation that it’s fiction and anyway that’s not how I remember it amount to little because the story is in a book. It’s been published. It’s the official version. It’s a strangely disempowering experience.

History they say is written by the winners. The winners are invariably good. They had right on their side, were led by wise and noble leaders supported by brave soldiers/settlers who sacrificed themselves for the greater good. The winner writes the history books – books which glorify their own cause and disparage the conquered foe.

For the defeated nations and peoples recovering the ‘truth’ of the past is somewhat like getting through Christmas dinner with the extended family: it’s a long series of arguments, most of which are inconclusive. 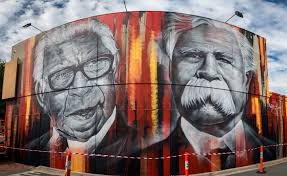 This month there are two events being celebrated that happened 50 years ago. I’m 63 years old so I lived through both but to my sorrow I can only remember one of them. The first was the 1967 Referendum when Australians voted overwhelmingly to amend the constitution to include Aboriginal people in the census and allow the Commonwealth to create laws for them. The second was the release of the Beatles album, “Sgt. Pepper’s Lonely Hearts Club Band”.  It’s the second event that I remember and in fairness to myself, as a 13-year-old, it is understandable, but it does remind me how selective memory can be and how the trivial can sometimes distract us from the important.

Since then I’ve personally had the opportunity to become more deeply informed and involved with my Aboriginal brothers and sisters. I’ve worked alongside them, called many of them friends, even named one of my sons after one.  Nationally we have seen the “Bringing them home” report (20 years ago) and the “National Apology – Sorry Day” (9 years ago last Friday) and slowly, slowly the history of settlement in this country is being rewritten.  But it is a poor ‘Sorry’ that fails to follow through with action.

The Bible is exceptional in many ways including that it is the record of the defeated. It is the minority report. For most of their history the Israelites were either nomads, slaves or ruled by empires from Egypt, Babylon, Greece or Rome. To the extent that it is history, it is the history of the loser. Losers who survived and refused to be absorbed into the dominant culture. 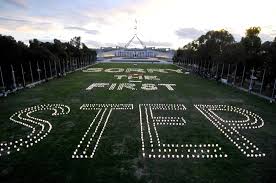 Through centuries of oppression and suffering they developed a unique understanding of God. An understanding that reached its culmination for Christians in Jesus. God’s power is made known in weakness and while kingdoms and empires may have their day, love is more powerful than hate and God has a special love for the powerless.