What if your talent is a burden?

As a very average, but competitive spirited,athlete, footballer and tennis player in my youth, I used to envy those natural sportspeople who were taller, faster and more talented. What l had was passion, but I lacked talent. I’d have given a lot to be more like them. They were popular, and even if they were not handsome or beautiful or gracious or even nice, people seemed to overlook their faults and concentrate on their talents and gifts.

But what if your talent isn’t your passion? What if it feels like a burden and not a gift? What if you felt driven by your parents, teachers and peers to follow your talent, regardless of how you felt about it. Australian tennis player, Bernard Tomic, caused a storm at Wimbledon recently when he confirmed what many of us have felt watching his erratic tennis career. He said he was bored with tennis and only played it for the money. Some sporting heroes do what they do because they love it, some for glory, some their families. Others are only in it for the money.

I don’t know Bernard Tomic, but I suspect that for him his talent isn’t a gift, it is a burden, because having obvious talent forces you to either live up to your talent or be seen to squander it. If you don’t live up to the expectations that go along with it you are seen as an underachiever or worse lazy and selfish. 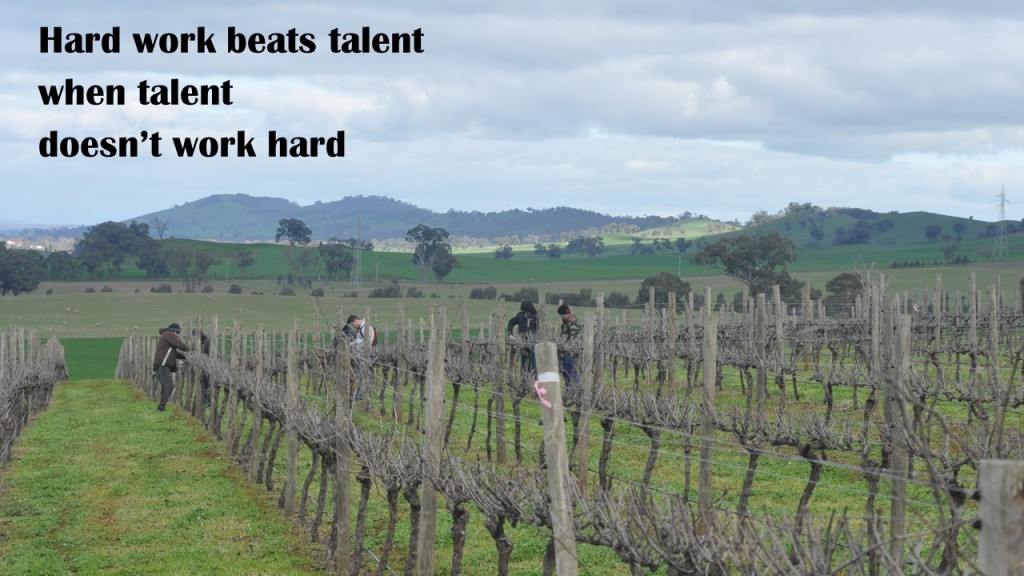 One of the stories I grew up with in Sunday School was the parable of the talents. It too is a story about using your talents to make money. It’s a bit confusing because when Jesus told the story a “talent” was a quantity of money, not some natural gift, but for modern readers it’s hard to read it with our current meaning of talent.

The story goes that three people are entrusted with different sums of money by their boss, but without any clear instruction about what to do with it. The two who get the greater amounts of talents develop business activities and double their money. The third man, who only had one talent, is so afraid of losing it in some risky business venture, decides that the best thing to do is just to keep it safe. He “buries his talent” as we say and in the story is condemned for his lack of courage and business sense. His boss takes it from him and gives it to the most successful of the other two workers.

The message I received from this story was even if you don’t have much talent, use what you have. If you fail to use it, you will lose it. You won’t always be the most talented. You will not always love your job. You will not always succeed. The only guaranteed outcome in life is that if you do nothing, nothing will happen.

But as Jesus also said in so many other stories, from little things, big things grow.