Be kind. No Exceptions. 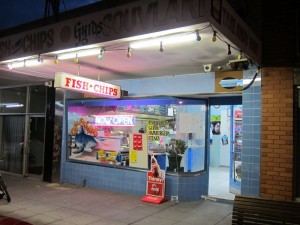 I was ordering a hamburger from my local fish and chip shop. I felt like a few chips with it, but when I looked at the menu board it said, “Minimum chips $4.00”. There are some things in life that don’t make sense, but I’m glad that they exist. One of these is the “half minimum” of chips that has been part of my experience since childhood and is something of a Victorian tradition. So when I asked, “Can I have a half-minimum chips with that?”, the answer was a cheery, “Sure”. I love it. There is the minimum and then there is the half-minimum. (By the way I’m old enough to remember getting off the school bus at Yarra Glen and ordering half-minimum of chips for six-pence. That’s 5 cents for you younger fry.

When I was younger I used to have a T-shirt with the following words printed on it: “Why did they make up all the rules before I got here?” This expressed my feeling that I had neither been consulted about nor consented to all the petty rules that wanted to dictate how I should behave.

I think this is one of the reasons I liked Jesus so much as a child and why I continue to like him a lot. Jesus always seemed to be challenging the rules and getting into trouble for it. Can’t work on the Sabbath? What about doing good? “The Sabbath is made for man, not man for the Sabbath”, he’d say.

Likewise, I was very excited when I discovered theologians like Paul Tillich and Joseph Fletcher while I was studying for the ministry. What a delight it was to find some kindred spirits who had far greater authority than me pointing out the weaknesses of hard and fast rules.

Tillich, a German born theologian, had been a Chaplain in World War I and had left Germany after being banned from teaching by the Nazis. Tillich accepted that rules were needed but only as a guide.

Joseph Fletcher was a professor of Christian ethics at Harvard University. In 1966, Fletcher published a book, ‘Situation Ethics’, in which he outlined a new approach to Christian ethical decision making. Although his ideas were rooted in the Bible they were new, and to those who took comfort in a rigid rules-based morality, they were shocking. Fletcher didn’t deny the value of rules, but he thought that people should not hide behind them if those rules hurt people. Fletcher said we needed to be make the right decision about what to do based on the situation.

Fletcher quoted a St Louis cab driver who said “Sometimes you’ve gotta put your principles to one side and do the right thing”.  Rules (or principles) aren’t the same thing as doing what is right.

Jesus summarised the entire law by saying “Love God” and “Love your neighbour”.  Love is the only law. So whether it be responding to refugees, marriage equality, dual citizens in our parliament or deciding if some old man can have half the minimum chip order, be kind. No exceptions.