Sometimes when you win, you really lose

In the film “White Men Can’t Jump” Rosie Perez, who plays Woody Harrelson’s girlfriend, says to him at one point, “Sometimes when you win, you really lose. And sometimes when you lose, you really win. … Winning or losing is all one organic mechanism, from which one extracts what one needs.” 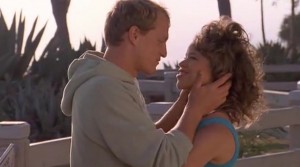 How do you measure success? At the end of the football season, there can only be one premier team. But winning and losing is a little more complex. Around country Victoria Football and Netball teams are celebrating their success or reviewing their year. The AFL Grand Final has been played and won. Coaches have been sacked. Players have retired, been told their services are no longer required, signed new contracts and booked in for post season operations to repair their injured bodies.

Many will be applying Rosie Perez’s wisdom and extracting what they need from their season and finding their own sense of winning or losing.

The philosophy of legendary NFL coach Vince Lombardi, “Winning isn’t everything. It’s the only thing.” is profoundly wrong.  Sometimes, what advances your interests today ultimately sets you back in the future. Sometimes, success in one dimension of life damages other things we value. Things don’t exist in isolation. Winning the game but damaging a relationship is not winning.

One of the great ironies of gambling is that the vast majority of people lose money while the few who win discover money doesn’t make them happy—and often it actually ruins their lives! One study reported that “six months after winning the lottery, you are likely to be no happier than if you had been paralysed in a car crash.”

Life is not a game of winners and losers. You are not a winner just because you have money and power and you are not a loser if you end up poor and powerless. Life is not about how much money you make, how much power and authority you make for yourself.  It is not about worldly success of any kind. They might be nice, but in the end they are nothing. Many famous, wealthy actors and celebrities die of depression, overdosing on drugs. Too many retired sporting champions suffer deep depression.

In “White Men Can’t Jump”, Woody Harrelson plays Billy, a small time basketball hustler, whose competitive nature puts at risk his relationship with Gloria (Rosie Perez). The climax of the film comes when Gloria tells Billy that if he uses the money she has given him to participate in another cash-earning basketball game she will leave him. Billy, though he loves her, joins with his buddy Sidney to enter the game. After a tough game Sidney and Billy emerge victorious, Billy securing the win by making a slam dunk.

When they get back to Billy’s apartment, Billy finds out Gloria was true to her word as she is gone. Billy wonders why he lost the girl despite winning the money and the game but he then remembers what Gloria told him, “Sometimes when you win, you really lose.”

Jesus asked, “What does it profit a man to gain the whole world and lose his soul?” Too much is made of business and sporting success and our material wealth to the poverty of our inner life. Love and trust, faith and hope, friendship and family, belonging and helping others is the stuff of true success.