On the eleventh hour of the eleventh day in the eleventh month of the year, we stop and remember that in 1918, an armistice was signed, ending the “war to end all wars”. And people like me, who were not there and have never been part of the armed services, marvel at the actions and sacrifice others made in that war and in WWII, Korea, Vietnam, the Gulf War and Afghanistan, and pray that we never see the like of them again. 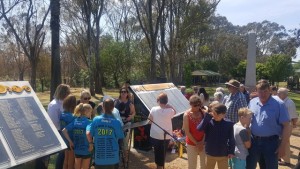 This Remembrance Day I participated in a very moving ceremony to unveil two large plaques in Murchison that are filled with the names of those who fought and served our country. It made me think about the characteristics of those upon whom we depend – parents, grandparents, peacemakers, and peacekeepers.

Sacrifice, it seems to me, is one of the primary characteristics of caregivers and protectors and that sacrifice is built into the nature of reality, or at least what it means to live a good life. We let go of certain things so that greater things may come to pass. We defer gratification so that others might flourish. We live simply so that others might simply live. We give up our time – and maybe even our lives – to protect the innocent and vulnerable.

Sacrifice is built into the graceful interdependence of life. Contrary to the theories of Economic Rationalism, individualism and rampant hedonism that have infected our private and public life, every achievement we personally make is grounded in the sacrifices of others.

Sacrifice is not a subject we talk about very much these days, however, the apostle Paul’s words to the young church in Rome provide a starting point for conversation.  In the context of his own sacrifices Paul notes the connection between grace and character and God’s love and human spiritual growth.  Having awakened to God’s grace and glory in our lives and the world, we can “boast in our sufferings, knowing that suffering produces endurance, and endurance produces character, and character produces hope and hope does not disappoint us, because God’s love has been poured into our hearts through the Holy Spirit that has been given us.”

Paul is not glorifying suffering but is asserting that in a grace-filled world we have all the resources we need to grow through the challenges of life.  We are not victims, but active participants in the transformation of our lives and the world.  In the journey of faith character is everything and character is grounded in moment by moment choices to look beyond our self-interest to embrace the well-being of others.

On Remembrance Day, we remember those who sacrificed their lives for a cause greater than themselves but we 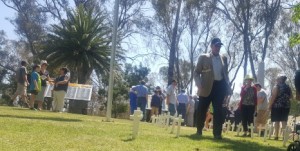 also commit ourselves to sacrificial lives – to letting go of the ego for the greater good of our families, churches, community, nation, and the world.

Jesus proclaimed that there is no greater love than giving one’s life for another. This isn’t about being a martyr; but a deeper recognition of one’s responsibility to sacrifice so that others may experience safety, joy, growth, and abundant life.

This is the gospel, and it’s good news.
Brian Spencer, Minister