I’ve often used phrases like “You’ve got to build from a firm base” or “You need firm foundations”, but when I’ve used such phrases they have been as metaphors. Usually I’ve been referring to the need for a good education for a successful career, or a sound business plan before launching into some new project. But until I became an owner-builder and started to build the sub-floor of an actual house, I can say I’ve never really appreciated the truth of such a metaphor. 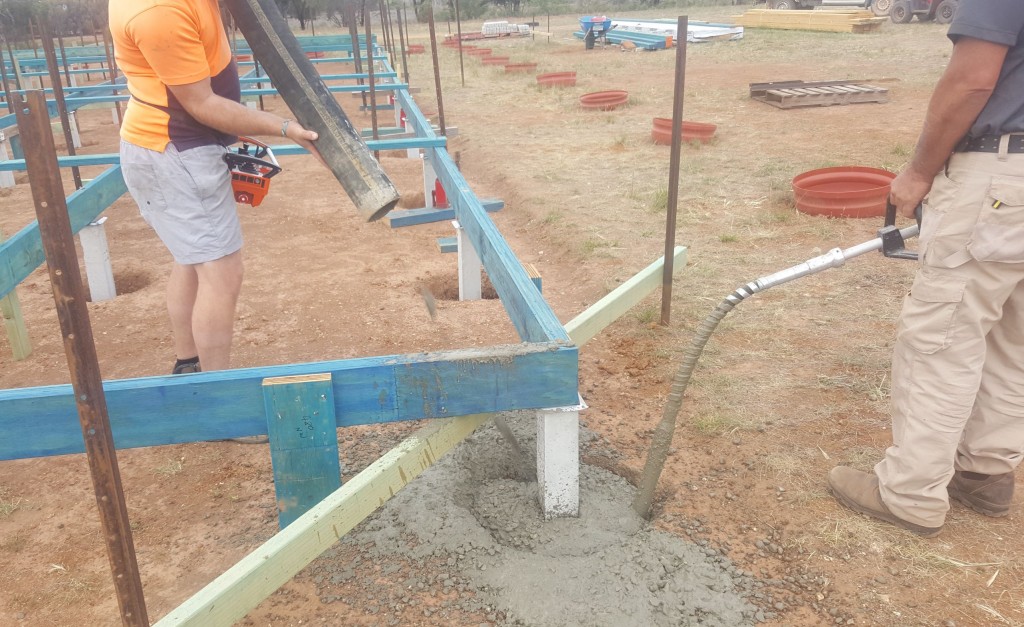 We are building a weatherboard house on concrete stumps. The plans required each hole for the stumps to be 1000mm deep and 450mm in diameter. Easy enough with a huge machine with boring attachment. After the machine had done its work, we had to clean the holes our by hand with double handled post shovels that operated like very large tongs. As it was explained to me, even though we are going to fill the holes with a large amount of concrete, a layer of soft earth at the bottom of the hole will eventually compact and the house could sink a little unless we cleaned all this loose dirt out.

OK, I understand that. As I said I’ve used these “foundation” metaphors often enough. Foundations are so important that they are one of three mandatory inspection stages. The holes were duly inspected and approved by the building inspector. But then it rained. Not just those teasing showers that had disappointed us through the Spring, but a real Summer downpour. Forty-two millimetres in a day. Next morning we inspected the holes. Our fears were realised when we saw that water had gushed into the holes and collapsed the soft clay sides. The holes were half filled with clay and water.

They had to be cleaned, but just how clean tested my personal commitment to the idea of a firm foundation. The first time we did it, the motivation was a combination of belief and the need for compliance (independent inspection). This time there would be no inspection. It was purely my belief that this was important. It was slow, it was arduous, it was difficult, I was tempted to belief that “near enough was good enough”; but little by little, one by one, we cleaned those holes out as well as they had ever been.

As we enter a new year, hopefully for most of us, most days will be pleasant and uneventful. But there will be the occasional storm (sickness, accident, relationship breakdown, disappointment and grief). Take care to build your life on the firm foundations of the teaching of Jesus.