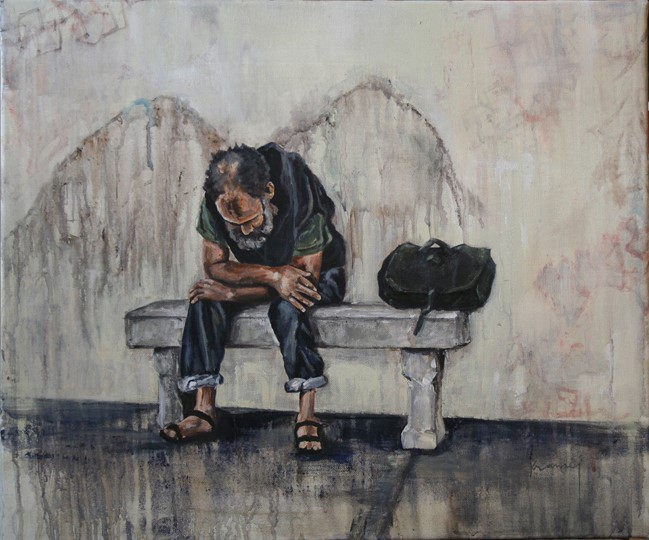 I’d seen the abandoned car earlier in the morning as I was hurrying in to Colbinabbin to the General Store. It was an old, white Holden station wagon. The car was on a lean as the driver had pulled well off the road in order to stay clear of trucks and other traffic. Later in the afternoon I had to go back into town for some bottled gas and, as I approached the car, I slowed down to check it out. 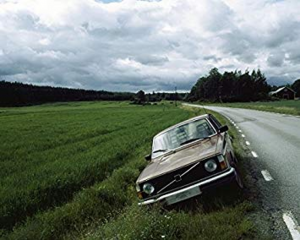 It’s not uncommon for a car to be broken down on the side of the road. Sometimes, the owners remove the number plates and abandon them. Sometimes, if the car stays there for too long unattended, it is vandalised, has parts stripped off it and can even be “torched”.

What was unusual about this car was that I had noticed that the driver’s window was down. As I came to a halt, level with the driver’s door and peered into the darkened interior, I was taken aback at seeing a thin, middle-aged man sitting in the driver’s seat.

Regaining my composure, I asked if he was all right. He explained that he had broken down or run out of petrol. I asked him how long he had been there. “Three days”, he said.  “Three days!”, I repeated, struggling to comprehend how someone can be stuck by the side of a reasonably busy road for three days. A couple of Good Samaritans had already provided assistance. Someone had taken him into town and bought him something to eat. Someone else had given him a few litres of petrol but the car wouldn’t start and now the battery was flat. He wasn’t a member of the RACV, couldn’t afford a tow truck and now his phone battery was flat too.

I said I had to go into town before the shop shut but would stop on my way back and see what I could do. When I returned I did the standard male thing of looking under the bonnet and asking him to turn the motor over. The battery was very flat. I drove back to the farm and got my ute and some jumper-leads. It was getting dark as I returned and as I nosed my ute up to the front of his car I worried whether I was far enough off the road not to get hit by passing traffic.

One likes to think they would act selflessly in situations like this but I was disappointed how often my thoughts turned to my needs and my safety. Once the jumper-leads were attached, the car turned over easily but there was no sign of it starting. We theorised that maybe the angle the car was on meant that the few litres of petrol he had been given were not enough to cover the petrol pump. It could have been many things, but we thought it was worth a try to tow the car back onto the flat of the road. Keeping a careful eye out for traffic, I drove to the back of his car, hooked a rope to his tow-ball and towed the car from the grass to the bitumen. I quickly unhooked and drove back to the front and connected the jumper-leads again. After an extended crank the motor burst into life. Success!

I convinced him to come back with me to the farm. There we fixed his broken window-closing mechanism and put the battery charger on his car, ditto his phone.

I sat him down in front of the fire in my loungeroom. In the better light I saw a thin man in his late forties, with a deeply lined face and a wispy goatee beard. He was quietly spoken, not so much shy as careful not to say something that might have him on the receiving end of judgement or too much well-meaning advice. We chatted a bit. He skilfully evaded answering where he had travelled from. He had no particular destination in mind. No-one would be worried about where he had been for three days.

As I left him in front of the fire to go get him something to drink I hoped he wasn’t an axe murderer or at least not a habitual one.

We sat by the fire, chatting idly for about an hour before he thanked me for my hospitality and said that he would like to go. As he got into his car, I wished him God’s blessing and with that he was gone.

Hospitality seems such a tame and pleasant practice but hospitality also has a subversive, counter-cultural dimension. When people feel discarded and dishonoured, I believe small acts of respect and welcome are potent, far beyond themselves.

“Do not neglect to show hospitality to strangers”, the writer of the letter to the Hebrews wrote, “for by doing that some have entertained angels without knowing it.” (Hebrews 13:2)

I’m not sure if he was an angel, but I hope we both felt a few moments of grace as we sat by the fire.