The Year of Luke – Year C

The liturgical year begins with First Sunday of Advent, which starts four Sundays before Christmas (December 25). In this Liturgical year which begins on the 2nd of December , 2018, the Church listens and reflects on the Gospel of Luke  and uses it for most of Sunday readings  (Matthew for Year A and Mark for Year B). The Gospel of John appears several times in the Liturgy of the Word of almost all three years. 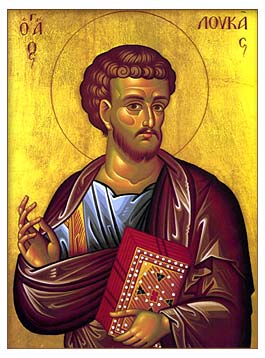 The Rev Gereldine Leonard has written some studies in Luke to help your thinking. These are useful as a bible study (you can download them for group discussion) but also to stimulate your thinking if you are preparing worship services and sermons.

Luke’s gospel is just that: gospel, good news. It is not history or biography but narrative drawing together stories about Jesus from many sources. These stories have been carefully put together in a way that helps the writer talk about Jesus to a particular Christian community or communities, addressing the issues that they were facing. Its purpose is theological – it is about God and the relationship between God and people.

In his introduction to a very old commentary on Luke, D.G. Miller says that the gospel was written as an aid or a resource for preachers, a particularly appealing idea I would think, for people who are unexpectedly finding themselves leading worship.  Preachers, Luke says, here is your resource. Your primary task is not to cleverly pull apart the text, though knowledge that aids understanding is a wonderful thing.  Your primary task is to testify to the way in which the story rings true for you. The gospel is a statement of faith designed to awaken and strengthen faith in those who hear it preached in whatever form that may take.

Along with its companion volume, The Acts of the Apostles, Luke is written in the wake of the first missionary journeys of Paul and his contemporaries in the second half of the first century. Some scholars, examining the content of Luke-Acts, tell us Luke-Acts reflect the nature and composition of Christian communities emerging in towns and cities, mostly along the coast line, all the way from Jerusalem to Rome. These volumes, they say, reflect the struggles of those communities particularly in terms of relationships between Jews and Gentiles. There is also, significantly, commentary on the role of women. Luke-Acts represents the beginning of the transition of Christianity from being a sect in Judaism to a distinct religious group with all the struggles this entails.

We don’t know the identity of the author, perhaps a good thing, keeping the focus on the book’s content. What we do know is that the gospel is dedicated to Theophilus which is a person’s name. It  means lover of God. Theophilus could be a person or a community or communities of Christians who, in Roman tradition, paid the author to produce an account of Jesus. Alternately it could simply be dedicated to Christians, lovers of God, everywhere and in all times.

Earlier commentators have talked about salvation as the gospel’s main theme or purpose. For me, the interesting thing is how salvation comes about – how are we saved?  As I read Luke’s gospel, it seems to happen in two ways. Jesus, or stories about Jesus, prompt people to turn, or to turn again to God. People are saved by being brought into relationship with God. A significant way for this to happen is for people to be counted amongst the faithful. Can you think of a time Jesus calls someone a son or a daughter of Israel? This is what is happening. In Acts inclusion is more and more about being part of the Christian community. In the gospel people who for some reason, often something about themselves that they can’t change, are not considered whole or clean in a ritual sense are excluded from the Temple, and therefore from God and they are shunned by the community. Amongst those excluded are people who are poor, menstruating women, people who are missing a body part, people with certain diseases, even the work they do. The list is long.

It should be said also that Luke has a particular focus on the work of the Spirit. We will explore all of these things as time goes by.

For now, you could let your mind wander around Luke’s gospel (or thumb through it) to see if you can find stories that talk about inclusion. A good clue is to look for people who are compared favourably to the scribes and Pharisees or for people Jesus favours, people Jesus calls daughter or son of Israel.

Luke’s gospel presents us with a picture of Jesus whose defining characteristic is compassion or mercy. For me, this is a compelling feature of the gospel, making it distinct from both Matthew and Mark in its emphasis.

Because Jesus is compassionate, we are invited to see God as compassionate. God reaching out, God wanting, willing relationship with humanity to be restored. It is an active compassion shown not only in what Jesus says but what he does. In turn the pattern for discipleship is an active love of God and a lived out love of neighbour.

Speaking about Luke’s gospel, the Biblical scholar Michael FitzPatrick says: the message of God’s mercy (compassion) and the imperative to show mercy (compassion) to one another is an appropriate one in a time of persecution, harassment and difficulty for the church.

The natural inclination in a time of difficulty is, I suspect, to be defensive, to hunker down, protecting who we are and what we have.  As you read Luke’s gospel, particularly in preparation for preaching, I hope you hold the compassion of Christ in mind, inviting people to discipleship that is above all else compassionate, open and welcoming. Later I will write about salvation through inclusion, but for now let’s focus on the idea of compassion as the loving kindness of God, shown in Jesus, highlighted in Luke’s gospel.

You could give some thought to what you see as the church’s current situation. Do the words persecuted, harassed or in difficulty apply. Perhaps you should let your mind wander around the world, as well as focusing on your own situation.

Find an example in Luke of Jesus exercising compassion.

Can you think of an account in Acts where compassion overcomes religious rules?

Why the focus on Salvation in Luke’s gospel?

Why do we worry about salvation? What saves us? I always want to ask: “saved from what to what?”  I am not satisfied with a formula – something like: Jesus died on the cross to save me from my sins. I want to be, and I am, respectful of people for whom this phrase has great meaning, but for myself, I want to go deeper, to understand more fully. Lastly, I want to say is that this idea has no meaning for people outside the church who, on the whole, do not feel sinful and are at best puzzled and at worst offended by the idea. It does not offer a point of entry, a point of connection for people. Let’s explore a bit.

Salvation is not a uniquely Jewish idea. In the Roman world, at the time of Jesus, the idea was attached to the Caesar. It was Caesar who would save.  It made sense in the way that, as part of its propaganda, the Roman Empire offered “safety” to those under its rule, keeping the Barbarian hordes at bay. But it was more than this. Caesar was also called, Lord, Son of God and at times God. Because Luke’s gospel is written for people in that Roman world, its focus on salvation is, in the first instance, seeking to be clear – for Christians, salvation comes, not through the might of Rome, but through Jesus and this changes its meaning.

When Paul wrote about salvation he was talking about something in the future – the defeat of evil and the absolute establishment of the kingdom of God amongst us. For Paul, salvation is future oriented.  Jesus is called Saviour because of what he will do – not because of what he has done.  In Matthew’s gospel healing or wholeness is equated with salvation. Luke presents a different view altogether. Jesus death is a marker. The cross is a marker, the sign of the establishment of the kingdom of God in the here and now. It is the start of something that is not yet complete.

The kingdom of God comes in greater and greater fullness as people join themselves to that kingdom. In Jesus, God invites us to relationship. We can accept or reject that invitation. Luke’s assurance is that God is eternally faithful, always reaching out. Salvation comes, we are saved Luke says, when we enter into that relationship and live out its values. It is good to remember at this point that the Kingdom of God is what Jesus spoke about the most.

What Luke particularly points us to is the way that Salvation comes through being connected or reconnected to the community. Salvation for Jesus and his contemporaries is deeply rooted in belonging to God’s people Israel.  As you move through Luke’s gospel you will see Jesus restore people to the community. Forgiving sin, healing, touching, naming people son or daughter (of Israel) is what he does. Salvation, with Jesus is not theoretical or distanced from everyday life but deeply part of it and in the end its aim is to make people whole, to make people complete, to make people happy, in the best sense of that word – feeling safe, contented and sure of themselves as people loved by God and by those around them.

We celebrate this saving grace in the sacraments of baptism and communion. Sacrament is a word which means to swear an oath. In baptism we swear our allegiance to God and God’s kingdom and become part of it. In communion we remake that oath and rehearse its benefits – communing with God and one another in and through the living presence of Christ amongst us.

I have a friend, who talks about salvation as “being saved from himself.”  Give some thought to the idea of salvation. What might it mean for you and the people around you?