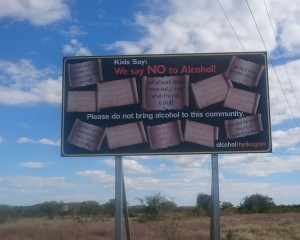 It is now four weeks since the ABC Four Corners program screened footage of the tear-gassing of six boys being held in isolation at the Don Dale Youth Detention Centre in Darwin, exposing one of the darkest incidents in the history of juvenile justice in Australia. The vision revealed a pattern of abuse, deprivation and punishment of vulnerable children inside Northern Territory youth detention centres. Since then we have had a Royal Commission established and much discussion about cause and effect and who is to blame.

As I write I am at the end of a little sojourn through The Kimberley in north west Australia. My wife and I have visited a friend who is working in Halls Creek. Aged 63 with a full grey beard, he is boyishly mischievous. He works in Child Protection. It’s a difficult and at points a thankless task. He himself is a product of the system. Left at the orphanage by his mother at the age of 10, fostered by a loving family, but still carrying a profound sense of loss and grief. He struggles with feeling broken. But he works to make a difference. Throughout his life he has worked with people at the margins. Not always in child protection, but with the unemployed, community support, always with the people at the margins, struggling against themselves and a society that too often shuts them out and blames them.

We are staying for a couple of days in an “Airbnb” in Broome. Alex and Viv are our hosts. They are a vibrant young couple, entrepreneurial and community minded, who have two young children. Vikki works three days a week as a primary school teacher and Alex works as a mentor with the Clontarf Academy. Using the passion that Aboriginal boys have for football allows Clontarf to attract the boys to school. But it is not a sporting program. The program is focussed on encouraging behavioural change, developing positive attitudes, assisting students to complete school and gain employment.

Both Viv and Alex are indigenous. Viv has her roots in the Torres Strait and Alex is from a local community. Alex says he too came from a small, often dysfunctional community with all the problems we read about in the papers but he was lucky. He was given a scholarship to attend Xavier College in Melbourne in his final years of schooling. It changed his life. I know people in our own congregations who give to support such scholarships.

Most of us can’t walk the world stage. We are not powerful. We are not wealthy. We are not famous.  The news media do not seek our opinions and we feel powerless to change the injustices and ills of our world. Presidents, Prime Ministers, rich philanthropists, celebrities we are not.  Most of us can’t even pack up and go the troubled places in our own country. We don’t have the skills, the freedom or courage. The most an ordinary person can do is grab hold of the near edge of a big issue and act at some cost to ourselves. But we can make a difference.

Racism exists in our community, so start by challenging racist jokes. There are itinerant workers who seek to build better lives by working in our orchards and vineyards, so support decent wages. There are people from diverse backgrounds and beliefs living and working in our community, so build respect for “the other”. Cross the divides in your own community. Make a difference.

“The Kingdom of Heaven is like a grain of mustard seed, which a man took, and sowed in his field; which indeed is smaller than all seeds. But when it is grown, it is greater than the herbs, and becomes a tree, so that the birds of the air come and lodge in its branches.”  — Matthew 13:31–32