With four congregations meeting weekly it is not possible for the minister to take every service in the parish. The Waranga Uniting Churches rely on members of their congregations and visiting preachers (mostly lay-preachers) to take regular services.

The resources on this page are intended to provide inspiration and good worship resources to enable our lay people to better undertake this ministry.

The Revised Common Lectionary (RCL) is a three year cycle of Bible readings. It follows the seasons of the Christian year and begins each year with the first Sunday in Advent (which usually falls on the last Sunday in November).  The lectionary offers congregations a balanced diet of readings and is used by many churches around the world. There are readings for each Sunday of the year from the Hebrew Scriptures, the Psalms, the Epistles and the Gospels. Each year MediaCom publishes the Calendar and Lectionary for the subsequent year. The Lectionary provides dates for each Sunday and the readings for that day. It also suggests other resources to use with the lectionary.

Revised Common Lectionary Commentary: Equipping the people of God to proclaim Good News to the World. A ministry of the Anglican Diocese of Montreal, Canada.

Bible Gateway: A searchable online Bible in over 35 languages and 50 versions.

LITURGIES and ORDERS OF SERVICE 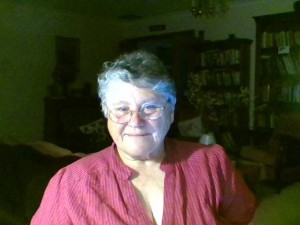 Click here to download full services including Sermon by the Rev Gereldine Leonard.
Gereldine is a retired Uniting Church Minister who currently lives in Nagambie, Victoria and is a leader in the Southern Lights Scattered Covenant Community; a creative expression of Christian community in small rural locations.

Each month Gereldine will prepare a full service which you are free to use, with acknowledgement.

Some services use the set Lectionary readings. Gereldine prepares the services well in advance of the day giving lay preachers and congregation worship leaders time to prepare and adapt the services for their own needs.

Re: Worship  A really useful site full of resources and reflections on the set readings for worship planners and leaders.

Opening Prayers Generations of worshipping congregations have included set prayers within the opening section of their weekly services. These generally cover the themes of adoration, thanksgiving and confession. From John Birch – Celtic Prayers

Prayers of the People Richard Einerson: Prayers Of The People.  These prayers are based on the three year common lectionary. All of the texts for each Sunday are listed and the suggested preaching text is highlighted. Most of the prayers which follow reference the text.

Concluding prayers and blessing  A church service needs to have a definite conclusion, perhaps highlighting the implications of what has been taught and experienced, and praying for faithfulness in the week that lies ahead.  From the Anglican Diocese of Sydney.

The Billabong: A worship resource following the Revised Common Lectionary.

Lectionary Liturgies by Thom M. Shuman.  Liturgies based on the RCL readings for each Sunday of the church year.

Lectionary Resources: by Bill Loader, including weekly commentary on the New Testament readings

First Thoughts on Passages from the Gospels in the Lectionary by William Loader, Murdoch University, Western Australia.

Lift up Your Hearts , Worship & Spirituality Site of the Evangelical Lutheran Church in Canada

Lectionary Liturgies by Thom M. Shuman.  Liturgies based on the RCL readings for each Sunday of the church year.

Singing from the Lectionary: A site updated weekly with song and music suggestions based on the Revised Common Lectionary.

www.churchmusic.com.au  Hymns and choruses recorded in a simple style to support congregational worship.

This is a project of the Waranga Uniting Churches, championed by our Murchison congregation.  Some time ago a few of the Muchison UCA folk decided that they could do something to support congregations and organists by providing recordings of hymns for use when an organist isn’t available (or just wants a break!)

As the Paul Kelly song goes “from little things, big things grow…” Well the UCA folk have been joined by the Anglican and the Catholic folk and some of the UCA folk from Colbinabbin, Rushworth, Toolamba and Tatura have joined them. This Ecumenical Choir meets fortnightly at the Murchison UCA. Jeanette Robinson records the hymns on tape and transfers them to her computer. Mavis Rohner provides the music and the choir gives voice to hymns and choruses from all traditions.

There is a small suggested donation for downloading the hymns, but if your budget doesn’t allow or you want to try out the hymns you can name your own price (including free). But your support will allow us to grow this site. 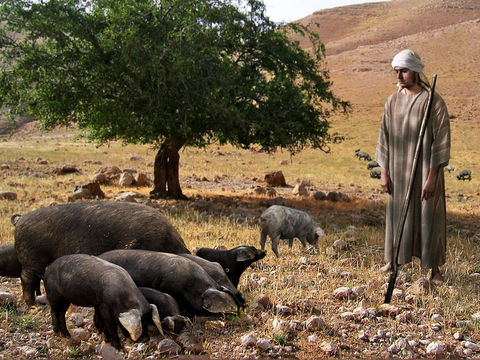 ood pictures can bring the Bible story to life in new ways. It is also an easy way to making a worship service accessible to children and people who are visual learners.

The people at Free Bible Images are a team of Christians trying to help those teaching the Bible in this visual age. They work with contributing artists and illustrators who freely give of their time and talents to make this possible. They have a heart to help those in poorer regions of the world so everything on the site is free. 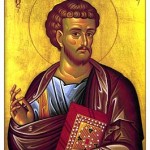 The liturgical year begins with First Sunday of Advent, which starts four Sundays before Christmas (December 25). In this Liturgical year which begins on the 2nd of December , 2018, the Church listens and reflects on the Gospel of Luke  and uses it for most of Sunday readings  (Matthew for Year A and Mark for Year B). The Gospel of John appears several times in the Liturgy of the Word of almost all three years.

The Rev Gereldine Leonard has written some studies in Luke to help your thinking. These are useful as a bible study (you can download them for group discussion) but also to stimulate your thinking if you are preparing worship services and sermons. (Read them here)

Childrensministry.org.au is run by Uniting Churches in NSW and ACT for their ministry with children and families. There are lots of ideas to encourage congregations to explore how God may be calling them to create safe places where children can discover faith in community. Their focus is on encouraging leaders, providing training, events and strategic planning and resources.

SEASONS OF THE CHRISTIAN YEAR

The Advent Wreath was originally a Lutheran practice, but it is now used by many other Christian denominations. It is usually a horizontal evergreen wreath with four candles and often, a fifth, white candle in the center. Beginning with the First Sunday of Advent, the lighting of a candle can be accompanied by a Bible reading, devotional time and prayers. An additional candle is lit during each subsequent week until, by the last Sunday before Christmas, all four candles are lit. Many Advent wreaths include a fifth, Christ candle which is lit at Christmas Eve or Christmas Day.

This Advent Wreath liturgy has been prepared to be used during the time of Advent. It is designed to be used by all ages.
First published in KUCA NEWS September/October 2000. (Click here to download)

Lent is a time for Christians to renew and deepen their faith through reflection, sacrifice and prayer. The creative and innovative resources provided here offer a range of ways for adults, youth and children to engage on the journey of Lent.

The Skit Guys  Tommy Woodard and Eddie James are The Skit Guys. They have been best friends since high school. Think of them as the wise guys in class who had everyone laughing and managed to make a career out of it. They’ve been teaching God’s word using comedy, drama and whatever category talking action figures fit into for over twenty years.