The Gospel According to Neale

I’m 30000 ft above the Great Australian Bight, flying to Western Australia on my way to visit my best friend. I’m listening to Neale Daniher’s audio book “When all is said and done.”  Neale has spearheaded the fight against Motor Neuron Disease (MND). He, along with his three brothers, played for Essendon Football Club. Later, Neale was head coach of Melbourne Football Club and later held coaching positions with Fremantle and West Coast Football Clubs. It was in 2013, while Neale was with West Coast, that he was diagnosed with MND. 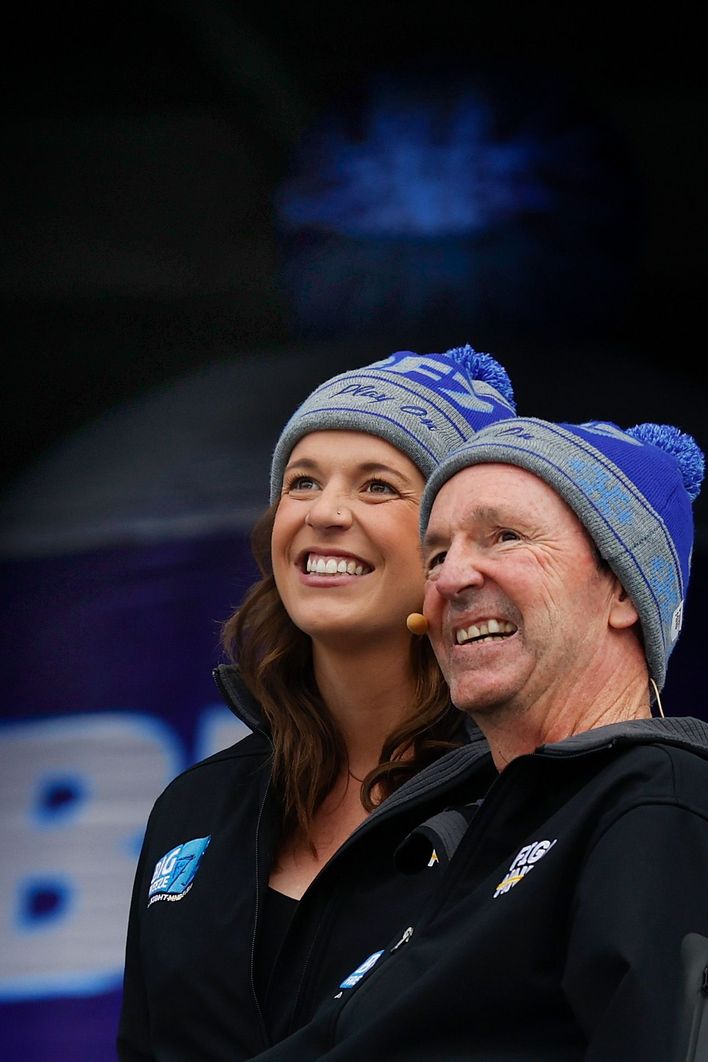 I listen to Neale as he recounts flying from Melbourne to Perth immediately after diagnosis. As he describes the conflicting thoughts and emotions he experienced as he flew, I’m struck by the fact, that I am following his journey.

Neale Daniher is driven by his values and his determination to make a difference while battling Motor Neurone Disease (MND). He is determined to live life to the fullest and to facing the challenges MND brings with courage and humour. He wants to find a cure for MND, even though he knows that a cure won’t be discovered in time to help him.

The purpose of my trip is to see my friend of 50 years who is facing the uncertainties of having prostate cancer. We met when we were both aged nineteen and roommates studying at the Churches of Christ Theological College in Glen Iris.  I’ve had friends who have had prostate cancer before but Stephen and I are closer than brothers, so I am feeling his anxiety very personally. In the last month I’ve also been told that my brother, just three years older than me, has rapid onset Alzheimer’s Disease. He has lost his memory, his ability to walk and is hospitalised. I grieve because it feels like I have already lost him. I have a sense of foreboding that the future is so unknown and fragile.

My awareness of mortality is being made even more real by the Estate Planning process that my wife and I initiated a few weeks ago, given the complexity of our situation and because we want to try to avoid future family conflict. I’ve always admired those people who have come to terms with their own mortality and are not afraid to talk about what happens when they die, have prepared and kept their wills up to date, chosen the hymns and readings for their funeral, etc.

I often say that at my age, when I can look back on events 40 years ago that feel like they only happened yesterday, that I can also look forward and see the end from here. It’s not a morbid thought, just a realistic outlook. I don’t fear death. It is a mystery what lies beyond death, but I have lived well and I trust God.

Life is short and we should make it meaningful. Neale Daniher says life doesn’t promise to be fair. Farmers can plan and work hard but that doesn’t mean that it will rain at the right time or in the right amounts. Promising sporting careers can be cut short by injury. Neale says the key thing is to control those things that you can control and don’t fret about the things that you cannot.

It is said that “Society grows great when old men plant trees in whose shade they shall never sit.” In similar vein, a quote attributed to Martin Luther reads, “If I knew that tomorrow was the end of the world, I would plant an apple tree today!” I’d like to live that way. So even as I increasingly feel my age and people younger than me are retiring, I find myself working with a greater focus and sense of urgency.

In my private business, we continue to build new sheds, invest in new equipment, and plant new vineyards. In my ministry, I am working hard to help small churches remain sustainable by creating networks via the NBN, Zoom and social media. Our Tatura congregation has sold its old church complex and bought a café and reception centre in the main street. We are currently trialling the opening of the café as a social enterprise to both serve our community and give training and work experience to refugees and the unemployed. I may never sit in ‘the shade of these trees’ but I trust that my family and my communities will be better for my efforts.

What makes for the good life? What do you believe in and how do your beliefs and values influence the decisions you make and the way you live? Neale Daniher has been dealt a cruel blow, but he refuses to play the victim. Inspiringly, he looks for opportunity amid adversity. The MND foundation he founded has raised millions of dollars for research and support of those with MND. Neale’s determination to make whatever time he has left meaningful has inspired millions of people to reconsider how they play the cards life has dealt them. Playing the victim is easier, he says, but it doesn’t get you far. Daniher quotes Viktor Frankl, Holocaust survivor and famous psychotherapist who said, “Everything can be taken from a man except the freedom to choose one’s attitude to their circumstances.”

Daniher says by the time he got to Perth on that long flight from Melbourne he had wrestled the demon of negativity and self-pity from his shoulder and was determined to find the opportunity in his adversity. I’m sure that there is much more to that story, but it highlights the importance of choosing our attitude to life’s circumstances. Are we a victim or a survivor?

I am always incredibly inspired by the way the story of Jesus centres on the cross. Despite being seemingly powerless and at the mercy of merciless men, so much of Jesus’ story and achievement centres on those few hours of torture. Throughout the ordeal, Jesus remained his own person; caring for his mother, reassuring the thief on the adjacent cross of God’s grace, forgiving his tormentors, giving instructions to his disciples. Jesus is never the victim. He responds rather than reacts. He finds opportunity where seemingly none exists.

Jesus said, “I am the resurrection and the life. Those who believe in me, even though they die, will live.” (John 11:25)