A lifeguard who rescued an unconscious teenager from a swimming pool before performing CPR said today: “I’m no hero – I was just doing my job.”

A firefighter battled up to 500C heat and 18m flames to save a house and, for his efforts, was transferred to hospital suffering from heat exhaustion. But the volunteer senior firefighter was unwilling to take special credit, despite witness accounts of his deeds. He said it was a “team effort” and that he was “just doing my job, mate”.

A three year old has just finished climbing the playground equipment. Up the ladder, across the wobbly bridge, down the slide. She is greeted by her gushing mother who praises her efforts. But she demures, “Just doing my job, mum.”

By the way, the last incident didn’t happen but th 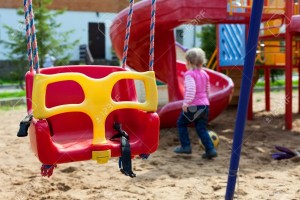 Firstly, we don’t want moral, healthy behaviour to be seen as exceptional. The more we praise people (or accept praise ourselves) for just doing what’s right we imply that this is exceptional and that the norm is sloppy work, dishonest practice, mean spirited and self-centeredness.

Maybe we have a friend who is having trouble getting out and mixing after the death of a spouse or some other personal tragedy. If they should go out and meet friends for coffee or come to church, we shouldn’t say, “Wow! That’s amazing! You managed to meet your friends for coffee this week! You are so brave!” Why? Because it implies that their doing so was an amazing event and almost by definition amazing events are not the norm, rather we might say, “It’s good to hear you’ve started meeting your friends for coffee. That’s a much more normal way of living than staying shut in your house all the time.” Here we acknowledge the good step but emphasise its normality, reinforcing the idea that being stuck in one’s house by yourself is the less normal state of being. Meeting friends for coffee shouldn’t be the amazing reality-defying exception.

The second reason is that by praising normal positive behaviour we risk making people (especially the children in our lives) “praise junkies”. Rather than bolstering a child’s self-esteem, praise may increase kids’ dependence on us. There is pleasure and self-esteem to be found in simply doing something well. Baking a cake, creating a garden, writing a poem, or riding a bike; there is an intrinsic reward that comes from the act itself. Let that be the reward, rather than the praise of someone else.  In short, “Good job!” doesn’t reassure children. Ultimately, it makes them feel less secure. It may even create a vicious circle such that the more we praise them, the more kids seem to need it, so we praise them some more. Sadly, some of these kids will grow into adults who continue to need someone else to pat them on the head and tell them whether what they did was OK. Surely this is not what we want for our daughters and sons.

Jesus told a parable to his followers that speaks to the need to see moral and decent behaviour as not requiring praise. He ended it by saying, “Does the servant get special thanks for doing what’s expected of him? It’s the same with you. When you’ve done everything expected of you, be matter-of-fact and say, ‘The work is done. What we were told to do, we did.’” Luke 17:10

This is the Gospel, and it’s good news.