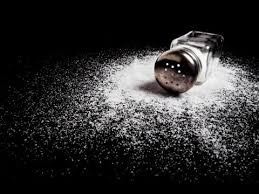 I know that salt is on the nose of late. In our house we have stopped adding salt to the mashed potatoes and reduced it dramatically in our cooking. But seriously on hot days I don’t get enough salt. After a hot day and working outside I can wake up in the night with severe and painful cramps in my legs.  My calf and hamstring muscles often seems to have a life of their own and are in spasm, causing an agonising pain down the back of my leg. I’ll try to force my leg to relax without success.  It’s all I can do to find a way to get myself upright, stretch out the muscle until it relaxes enough for me to get to the kitchen and try to find some salt tablets. If we are out of salt tablets, I’ll dissolve half a teaspoon of salt into a glass of warm water.

They tell me that this type of cramp is very common, particularly in the late stages of pregnancy. It occurs more frequently as people get older or if they put on weight. OK, I might meet a couple of those criteria, but I think it is just a lack of salt. 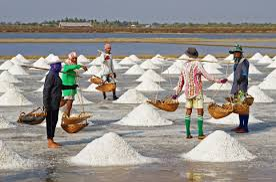 Salt has been important to humans for thousands of years, because all life has evolved to depend on it. Humans need salt in their diet to survive. Salt’s ability to preserve food helped to eliminate dependence on seasonal availability of food, and made it possible to ship some foods over long distances, so whole societies survived because of salt. Unlike today when salt is cheap and freely available, in the past salt was difficult to obtain, so it was a highly-valued trade item, and considered a form of currency by certain peoples. The word “salary” was derived from the word “salt.”  Hence a poor worker was deemed to be “Not worth his salt.”

There are more than 30 references to salt in the Bible, including the well-known expression “salt of the earth.” Jesus used this term to describe the role of the believer in the world. Jesus knew just how crucial salt was in an age before refrigeration, especially in the dry or Mediterranean climate of the Biblical world. To be the “salt of the earth” was to play a role on preserving it from decay, it was to add flavour, it was to know that though they may be small in number they were essential to the life of the world.

The job of Christians is not stay in our nice little safe salt shaker or holy huddle. It is not our job to withdraw from society. One of the clear lessons from this saying is that when Christians withdraw from society, from the marketplace, from politics, from being civic-minded, it is no surprise that the world goes rotten. It is not our job to become self-focused or self-protective. It is our job to effect society for the good. Salt disperses throughout the food and going back to my night cramps, a little salt disperses itself throughout my body, acting as an electrolyte carrying an incomprehensible array of electrical impulses. It loses itself. It may be unseen, but it is effective.