Sometimes the well is dry

I wrote this on 30th June. A week later, things change…

After a promising April, the early rains led to hope that the winter crops of wheat, barley and canola would be in for another good year. But May and June have been dry. The earliest planted crops have emerged from the ground but are failing to thrive. The later planted crops have barely struck. 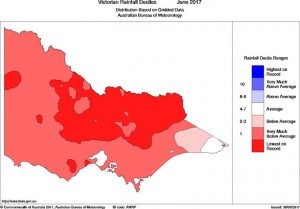 Farmers in Australia are pretty fatalistic. After the bumper crops of 2016, there was always talk of “It won’t be like that again this year.” The long range weather forecasters and climatologists talked of temperature differences in the Indian Ocean and likewise in the Pacific Ocean. With a 30% chance of this and a 50% chance of that. But then with the good early rains we hoped… Hoped that the experts were wrong. Hoped that even less rain, but at the right time, would get us through. It’s still not too late, and maybe by the time you are reading this the skies are leaking water onto the thirsty land.

But if it doesn’t I won’t be praying for rain. I don’t believe in that sort of a God. The Old Testament stories and psalms may make good reading, but their understanding of God was still unfolding and most times it seems their prayers are about how to get God to do their will, rather than how they might help God’s “will be done on earth as it is in heaven”. 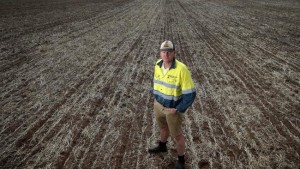 I think the fatalism of the Australian farmer is closer to my view of God. I don’t expect the universe to change to suit me. This is the land we settled in, this is the weather pattern, there are years of abundance and years of drought and quite a few middling years. The wise farmer plans accordingly; doesn’t over commit; doesn’t get carried away in the good years or too despondent in the bad years. Overall it’s a great life and a great place to live. And even in the worst of droughts, people come together and support each other. Community life can be strengthened. Courage, perseverance and compassion grow. In the midst of suffering we discover God. This is more like the God I see in Jesus. In Jesus, God lives a life constrained by his humanity. He experiences hunger, thirst, the need for sleep, the need to work. He experiences human love, sorrow, betrayal and death. God is revealed not by avoiding the more difficult parts of living, but by entering fully into whatever life offers.

I try to live my life with such an attitude. I don’t expect miracles to put right the problems I face, let alone the problems I create for myself. But I believe that whatever happens, I can find love, belonging, community, and grace. I can find God.  These unexpected moments of transcendence, when the world seems more real, more present, more tangible, more filled with meaning and purpose.  God is not my cosmic concierge, waiting to solve my problems. But neither is God remote. He is not the prime-mover God who winds up the world and exits to his heavenly throne. He is the God who is with us; Emmanuel. And whether it rains or whether El Nino returns, God will still be with us, ready to create good out of evil. Ready to transform and transcend our troubles.

“And not only that, but we also boast in our sufferings, knowing that suffering produces endurance, and endurance produces character, and character produces hope, and hope does not disappoint us, because God’s love has been poured into our hearts through the Holy Spirit that has been given to us.” Romans 5:3-5