Some people have the ability to make good come out of evil. 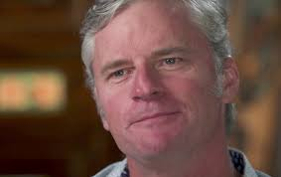 It has been 20 years since the Thredbo landslide disaster, the event that changed Stuart Diver’s life.  Recently Channel 9’s ‘60 Minutes’ featured a segment on the sole Thredbo survivor, who shared his compelling story of resilience and optimism.

During the interview Stuart Diver revealed his conscious decision to stay positive in the face of overwhelming trauma, including the loss of two wives, and his mission to give his daughter the tools to allow her to deal with any trauma she may encounter in life.

Now, as Second-in-charge of Operations at Thredbo, his mindset is overwhelmingly positive and Mr Diver believes it’s futile to look at life any other way. “It just got so brutally hard. I was in the shower just crying.” he said.  “At some point you have to make a decision that I am going to live life. You’ve got a choice. Sure, have your emotional lows and go to those dark places, but make sure at the end of the day when you go to bed that the last thing you’re thinking is ‘how bloody lucky am I. How great is the world. Let’s move along and see what we can achieve tomorrow’.”

Rosie Batty first came to our awareness as a grieving mother who calmly spoke out against domestic violence just hours after her son’s murder. She gave voice to many thousands of victims of domestic violence who had until then remained unheard.  Rosie Batty has risen above her personal tragedy and the great loss of her 11 year old son, Luke, who was the victim of domestic violence at the hands of his father in a very public assault. 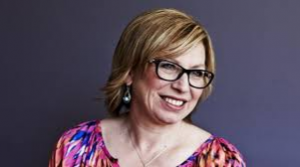 Rosie’s story jolted Australia into recognising that family violence can happen to anyone.  Victorian Police Chief Commissioner, Ken Lay, praising Rosie as the most “remarkable victim” he has ever met, says Rosie has put domestic violence on the national agenda.  Rosie now champions efforts to fight domestic violence, making many media and public speaking appearances to shine a spotlight on the issue and call for systemic changes.  Rosie’s incredible strength and selfless efforts are an inspiration to many other victims of domestic violence and her courage and willingness to speak out will make Australia a far better place.

I don’t know what their religious beliefs are, if any, but when people like Stuart Diver and Rosie Batty rise up and choose to create something good from the evil that has befallen them, then know that God is at work.

The apostle Paul was writing from gaol to the young church at Rome when reflecting on how the betrayal and grotesque death of Jesus had been turned from defeat to Christianity’s central belief that God’s unconditional love transforms evil into good. He wrote, “We know that in all things God works together with those who love him for good…In all these things we are more than conquerors through him who loved us. For I am convinced that neither death, nor life, nor angels, nor rulers, nor things present, nor things to come, nor powers, nor height, nor depth, nor anything else in all creation, will be able to separate us from the love of God in Christ Jesus our Lord.” (Romans 8)

Or to quote Stuart Diver, “How bloody lucky am I. How great is the world! Let’s move along and see what we can achieve tomorrow.”

This is the Gospel, and it’s good news!