Not the time or place

I don’t know what shocked me more: the two young men praying at the table next to me or the number of people using laptops and/or having earnest business meetings. It was 6.00p.m. and we had gone to a Canberra pub/restaurant for a drink and a meal. It was crowded but it was the nature of the crowd that shocked me. I’m used to most people checking their smart phones but these were full on working meetings and the prayers being said beside me were long and detailed. 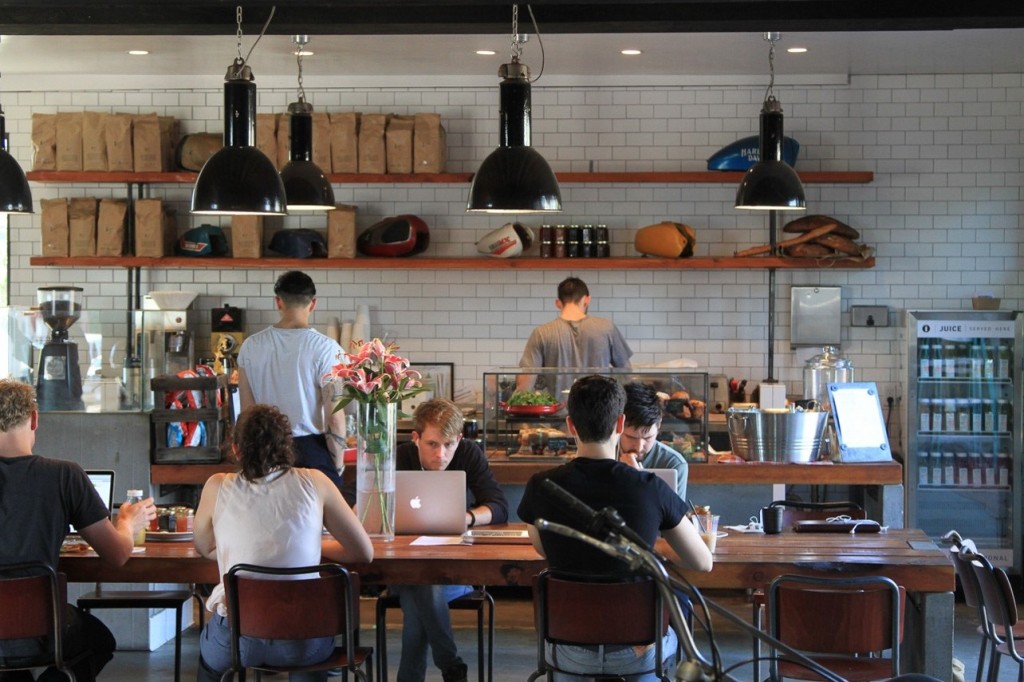 It took me back to a time when I was the manager of the Youth Homelessness Taskforce, which was a cross-government program trying to co-ordinate the Victorian Government’s response to youth homelessness.

The Youth Homelessness Taskforce had been quickly cobbled together following the scathing Report of the National Inquiry into Youth Homelessness in 1987. The Victorian program had been running about 12 months and we had to go to Canberra to report to the Human Rights and Equal Opportunity Commissioner, Brian Burdekin, on our progress.

It was late 1989 and our trip to Canberra coincided with the Pilots’ Strike, which had severely disrupted Australia’s airlines. I had travelled to Canberra in a light plane with the Minister for Youth Affairs, his advisors and my senior manager. It was impossible to have a meeting on the plane, because, aside from the lack of space, my manager, who had a fear of flying in small planes, had dosed herself up with sedatives and was asleep in the tail section.

Once we arrived in Canberra and had checked into our hotel rooms, we went to a restaurant to prepare for the appearance before the commissioner. These meetings were always difficult. Firstly, because the Government always wanted to present their response as perfect and fully going to plan when in fact it was a flawed and underfunded approach, which while good in parts, was very much a work in progress. On top of this, the different government departments that had an interest in youth homelessness (Community Services, Health, Housing, Education, Labour and Youth Affairs) were reluctant to cede funding or authority to the Taskforce and the projects funded directly by the Minister for Youth Affairs inevitably either duplicated something the relevant department was doing or was an implied criticism of the relevant department for not doing something they should have.

Secondly, there was a strict pecking order as to who should speak at the Commission. The Minister wanted to be the main spokesperson and was ultimately responsible but while he had a broad understanding of the policy he was short on detail. In fact, knowledge of the detail was in inverse order of power and authority.

Brian Burdekin was a committed and wily Commissioner and was not going to be satisfied with platitudes and broad policy statements. It was two years since his initial report and he wanted to know what the states had been doing.

We briefed the minister, sorted our papers and practiced our answers to the questions we thought might be posed. And somewhere in there I assume we must have had our meal!

Jesus was a no-body in the structure of the religious community at Capernaum. He wasn’t the local Rabbi. He wasn’t an Elder. His family were not stalwarts of the congregation.

In the synagogue and on the Sabbath was neither the time nor the place for him to come proclaiming a radical new understanding of the nature of God. So much of what he did and said was either something that the appointed leaders felt was their right to do or it was an implied criticism of their failure to act.

He criticised those who knew their Bible back to front but had missed the whole point. He said the Kingdom of God was in their very midst. That the last would be first and the first last. He forgave sins. He healed. He spoke out of turn. He taught that we should love our enemies, that we should forgive. He said that God had a preference for the outcast, the poor and the lost. That’s as true today as it was then, and it’s still not likely to win too many friends among the powerful.