It was a dry autumn and while the rainfall in June was nearer to the seasonal average, most farmers would like to have seen some more good rain.  Across the State rainfall was 39.2% below the autumn average; it was the lowest autumn rainfall since 2008 and much drier than autumn 2017.

When the “autumn break” had not arrived by Anzac Day some farmers started dry sowing their crops in the hope for some May rain. Dry sowing, or seeding, is a means of getting crops sown on time in seasons with a delayed break. With the current high cost of crop seeds, dry sowing is certainly an act of hope but it gets the crop in the ground and allows it to utilise the warm ground moisture if, and when it does rain. 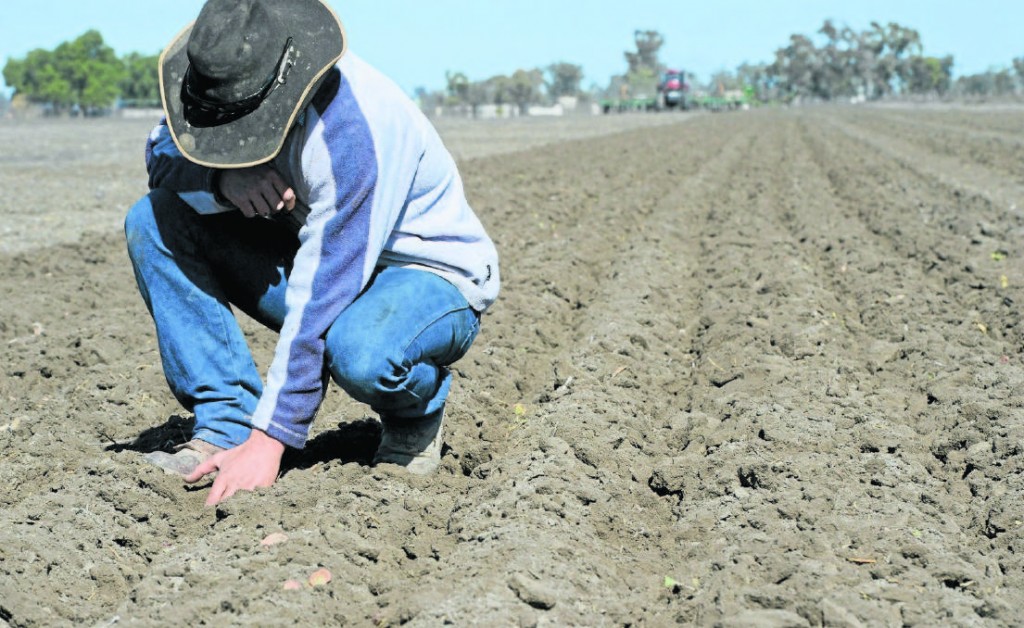 Finally, in mid-May the weather turned and we got a good drop of rain. June rainfall was generally close to average. And now it’s a waiting and hoping game. This season does not look like it will have a lot of rain but, if it can only come at the right time, it may be enough.

It all seemed a lot simpler when Jesus talked about it. There is a very brief parable that Mark records which goes like this: “The kingdom of God is as if a man should scatter seed on the ground. He sleeps and rises night and day, and the seed sprouts and grows; he knows not how. The earth produces by itself, first the blade, then the ear, then the full grain in the ear. But when the grain is ripe, at once he puts in the sickle, because the harvest has come.” (Mark 4:26-29)

These days farmers are a lot more active. They spray out the weeds, spread (urea) fertilizer periodically and often having a agronomist inspect the growing crop. And yet the miracle of how the seed grows and develops is something that is ultimately beyond our control. We do what we can and we hope.

The metaphor of “sowing a seed” is widely used when we talk about things which we have little control over but often have a big emotional investment in. As parents our job is to plant and nurture seeds of character, skill and aspiration in our children. When our children quote something we said years ago, we cringe a bit at the reminder of how much influence a parent has, for good and for bad. As with  the farmer, the parable of the seed reminds us that it’s not all up to us; “the seed sprouts and grows, he knows not how”.

Many of you, like me, can probably remember planting seeds with young children, thinking we are teaching them how to be gardeners, but the only thing they lean is that seeds don’t grow when chubby, little hands dig them up every day to see how they’re doing. A good parent, like the person scattering seed in the parable, knows better than to uproot a seed before its time. The sowing is our responsibility but the growth is up to forces beyond our control.

Paul the Apostle describes the growth of the church in Corinth in a similar way: “I planted the seed, Apollos watered it, but God has been making it grow.” (1 Corinthians 3:6).

May you be patient with all the seeds of the kingdom growing in your life.