Who is in your tribe?

Who is in your tribe? It’s that time of year again when tribal feelings come to the fore.

Whether it’s AFL or local football/netball, there is a heightened sense of belonging to a tribe; that us and them feeling, the sense of shared identity, that willingness to dress up in the team colours and to shout encouragement to the radio and to somehow believe that it will make a difference to the team’s performance. As a Collingwood supporter I know what it feels like to belong to a tribe and to be greeted by groans and jeers because of that allegiance.

Locally all the Grand Finals have been played and regardless of how your local team performed the end of year Presentation Night/Afternoon is a much anticipated event. I really like Presentation events. They are a time for the tribe to gather and to recognise the best players and to thank all those who work to make a club successful.

The Best and Fairest Awards are the most anticipated awards, but I love the minor awards: best clubman, most improved, most consistent, most courageous, etc. These are the awards that initiate the young, the emerging and the loyal into the tribe. They say “You belong” 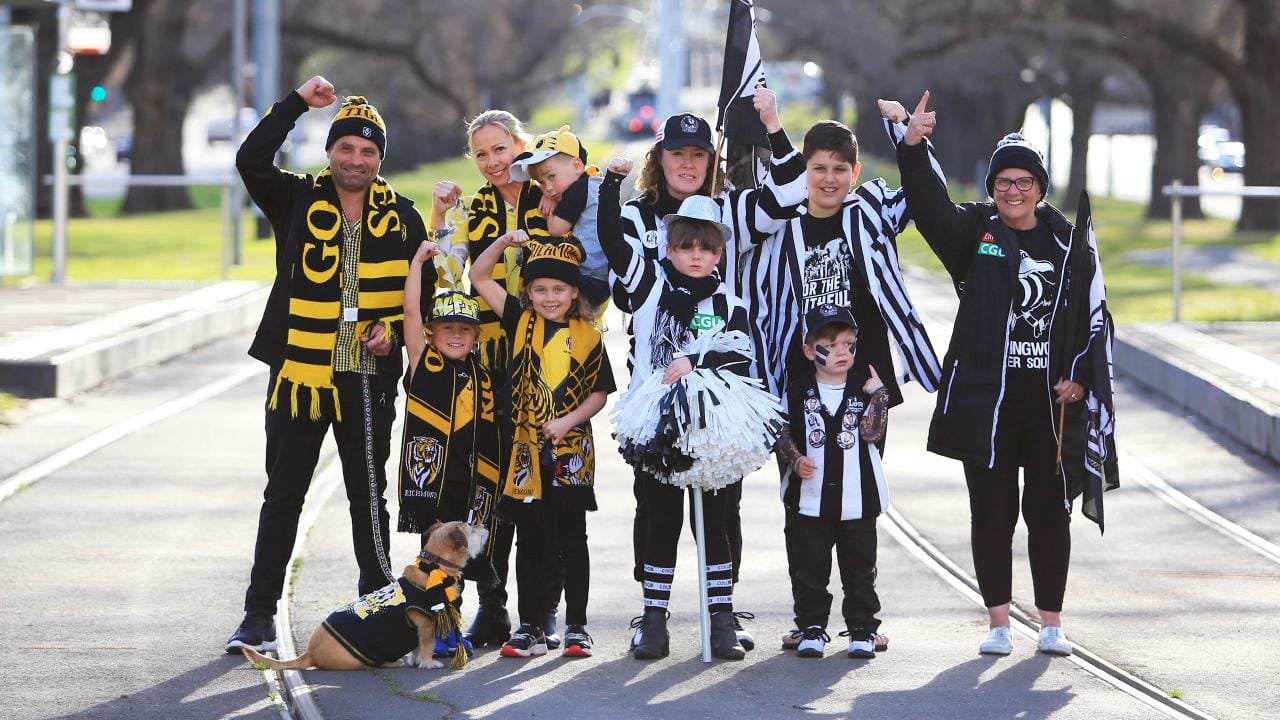 Then there are the awards for the tribal elders; the Life Membership awards for people who have not only played (sometimes never played) but have worked on committees and in a variety of roles for many years. These tribal elders set the culture and standards of behaviour for the club.

Tribes can be used to divide, as when membership of the tribe is determined by things outside ones control (eg. A common ancestor or kinship), but they can also unite. The proverb “birds of a feather flock together” describes the human tendency to form friendship networks with people of similar occupations, interests and habits, but the power of AFL clubs and for local sporting clubs is their ability to bring together disparate groups under a common identity. Despite the stereotypes and jokes about Collingwood supporters many of us can read and write, have (mostly) our own teeth and are not on parole. The modern AFL clubs supporter base draws together multi-cultures, rich and poor, old and young, educated and illiterate into a shared identity.

When the early church began to reach out and grow beyond the national and cultural borders of Palestine there was a prolonged and intense debate about what the fundamentals of the faith were. Jesus was a Jew, all his first disciples were Jews, so did one have to become a Jew to become a Christian? The debates of the early church can seem strange and remote from us: debates about the types of food that could be eaten, debates about circumcision, etc, but they were fundamental in shaping the Christian Church as an open community/tribe which defined itself very simply as the followers of Jesus. Not determined by race, birth, or extraneous cultural practices the church has become a truly multi-cultural community with a diversity of language and practice, but a common faith which unites us a part of the tribe of Jesus. Like good Collingwood supporters our many differences do not stop us sticking together “side by side”  Or as the Apostle Paul put it, “There is neither Jew nor Gentile, neither slave nor free, nor is there male and female, for you are all one in Christ Jesus.” Galatians 3:28