Lister to what I’m saying

We were trying to start an old Lister-Petter stationary motor that I had picked up at a recent clearing sale. It was a bargain, if only we could get it to run. I was assured by the owner that “It was running the last time I used it.” Of course it was. Every thing works until it doesn’t. But my optimism and my desire to hear that distinctive sound of an old stationary motor ticking away convinced me that this purchase was worth the gamble. 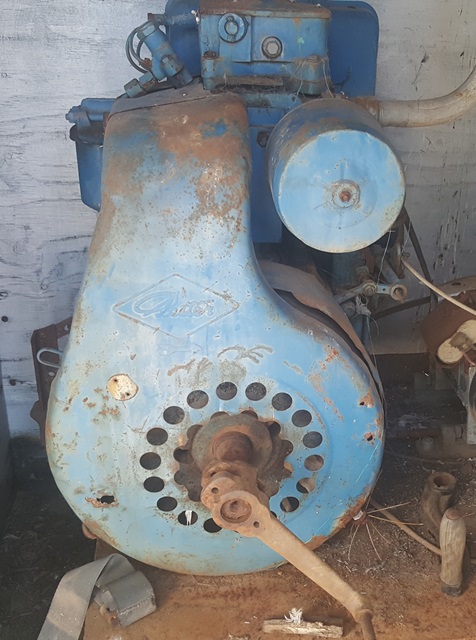 I had done all the mundane things – cleaned the fuel tank, fuel lines, sprayed it with WD40, fitted the crank-handle, turned the motor over and swept out all the cobwebs and wasp nests from the small cargo container in which it was housed. Now it was time to get someone with the knowledge and know-how to get it going.

There was a time when the people with knowledge about how things worked were the tribal elders. They were the keepers of the ancient knowledge and the young gave them due respect for their wisdom. These days with computers and smart phones the tables have been turned and if you want some help with your latest TV, phone or computer you are likely to be calling in your 10 year old grandchild. But not with an old Lister! Grandchildren are of no help and the manuals have long been consigned to the recycle. This problem required an old head. So I called my old friend John, a regular bush-mechanic and all round wise man. Yes, he knew the Lister-Petter motor well. He had had one once – he hated it! This was not a promising start, but he offered to come around and look at it with me.

John was a great source of knowledge. He knew what usually went wrong, knew what lay behind this or that cover, and spoke from many years of experience. Soon we were removing this cover, disconnecting this pipe, cranking the motor over, spraying WD40 liberally on any part that moved and even more so on those parts that wouldn’t. We had some success. Fuel started to flow though the thin copper tubes and after some continued cranking reached the motor. We re-assembled all the bits we had removed and decided it was time to give the motor a good crank and see if it would run. To help things along we removed the air-cleaner and gave it a squirt of Aerostart straight into the cylinder. As I started to crank, John warned me of the danger of the crank handle failing to release and becoming a rotating lethal weapon in the enclosed space.

Not to be deterred I cranked it over. Not a kick. I cranked it harder and faster. We threw the decompression lever. We sprayed more Aerostart. Nothing. Before long my arm was sore and I was tired from this novel activity. It was time for a rest.

We retired to a picnic table and made a cup of coffee. We talked, shared our concern for friends facing ongoing health issues, and reflected on how long life can seem and how short it can seem depending upon one’s perspective. We spoke about our own sense of mortality. It was a brief conversation, but it was full of the wisdom of age and the quiet confidence of faith.

After our coffee we decided that we had done enough with the old motor for one day, but would revisit it again soon. After John left, I felt that this had been a gifted day. It started out being about something trivial and ended up with a moment of transcendence. It is a mark of maturity, mental well-being and authenticity that someone can easily interweave enormous knowledge and experience of an old motor and a profound capacity for faith and love into a casual morning’s tinkering. Our communities are blessed with many such tribal elders.

I’m reminded of those chance conversations that Jesus had with people that wove the mundane with the transcendent. A story that starts out about drawing water from the well and ends up being about the meaning of life.

May we have eyes to see God in the midst of the everyday.