The ephemeral, the faint, the new and the everlasting.

I got up early the other morning to watch the meteor showers. A 5.00am start isn’t that much earlier than my usual wake up hour. I normally start stirring about 5.30am and listen to the ABC for half and hour, before getting on with my day. But getting up at 5.00am took surprisingly more effort than I thought it would. And as it turned out, it was only a practice run for the next morning. 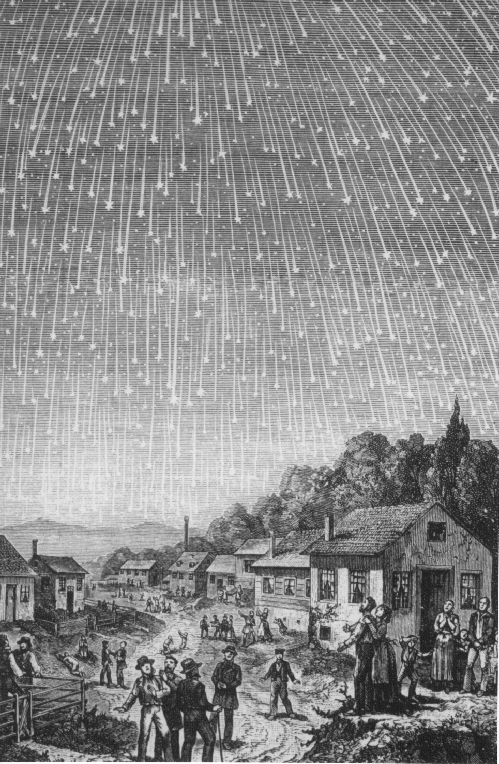 The Eta Aquariid meteor shower, which occurs every May, lights up the sky across the Southern Hemisphere, and was at its peak in the early hours of 5th and 6th May. It’s actually dust from Halley’s Comet.

The problem is they are quite ephemeral. They appear and are gone, often before you realise you’ve seen one. It’s not the sort of thing you can say to the person next to you, “look over there!” because by the time you begin to say it, it’s gone. You can see nothing for 20 minutes and then see three at once.

But that’s not why I’ll get up again the next morning. A comet discovered by a man in regional Victoria was also being closely watched by amateur astronomers around the world, with many hoping they’d get to see it with the naked eye. My naked eye isn’t quite up to the job and I didn’t see anything the first morning, so I dusted off my SLR camera and tripod and intended to aim it in the direction of the comet with a long (90 sec?) exposure.

And there is another reason why I was getting up a second time. That first morning I was surprised to look up and see about 60 bright objects moving slowly in a line stretching from the south-west to the eastern horizon. Elon Musk (the Tesla electric car man and owner of SpaceX) has now launched hundreds of satellites as part of Starlink, a project to increase global internet coverage. These were clearly visible for about 30 minutes and made a spectacular, if controversial sight.

Of course it should not go unmentioned that all this takes place against the wonderful backdrop of the night sky. As I stared, wide-eyed, looking for meteorites, I was captured again by the magnificence of the stars and constellations that have been a constant part of the human journey. The stars I saw have been seen and loved by every generation and have made us feel both small and  in awe. As the Psalmist said thousands of years ago;

“When I look at your heavens, the work of your fingers,
the moon and the stars, which you have established,
what are human beings that you are mindful of them,
and mortals that you care for them?” Ps 8:3-4

As the morning light started to dim these faint and distant objects, I realised afresh that these same stars are there in the daytime. It’s just we can’t see them because of the dominance of the sun. Similarly, the world we knew before Covid-19 can feel faint and distant now, but I like to think it’s still there. It’s just we can’t see it because of the dominance of our current crisis.

The different resurrection stories share a common thread in that Jesus appears and disappears almost out of thin air.  He is with them, but they don’t know it. He appears and before you can say “look over there” he disappears. The truth of all these stories is that while Jesus may disappear he is still present. Always at the periphery of our vision.
Our awareness may change, but God is with us; God walks with us; God is one with us.