Sometimes I feel like a rebellious child who just wants to do what I want, when I want and with whoever I want. I didn’t need Timothy Leary the famous figure of the counterculture of the 1960s who told us to “think for yourself and question authority”. 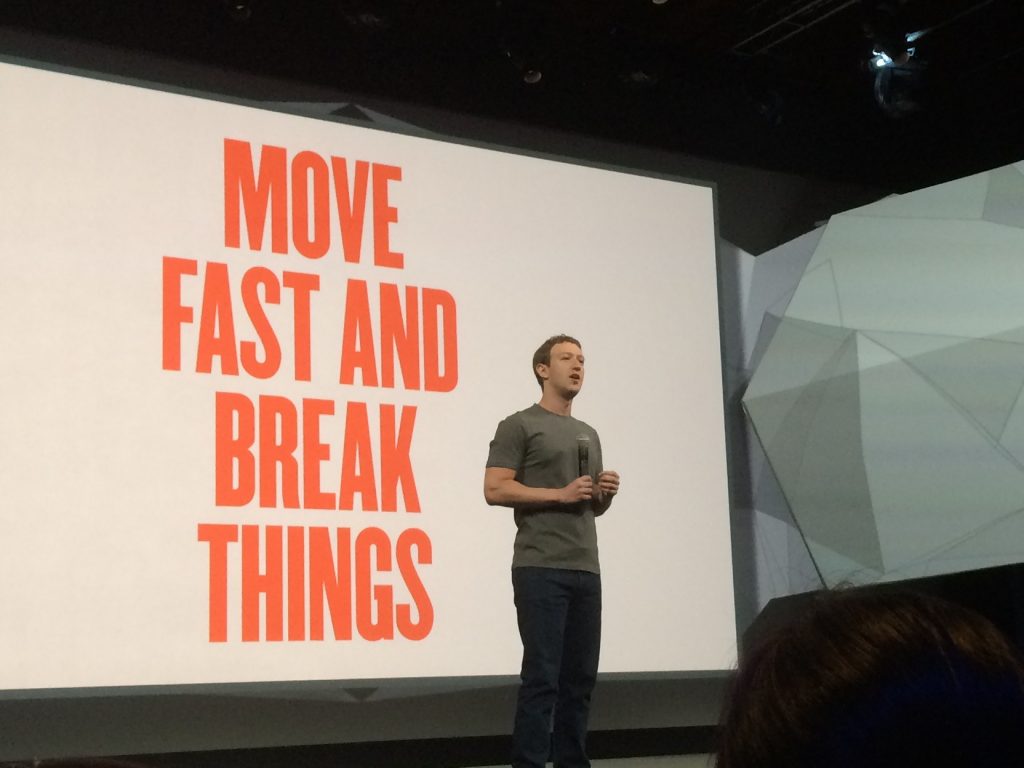 The issue of authority and how it is used runs deep for those who want some sense of freedom and personal control over their lives.

Facebook founder Mark Zuckerberg’s has a famous motto: “Move fast and break things.” Zuckerberg wasn’t interested in slowly changing things. He knew that his innovations would rub up against the authorities and established governance rules. When the CEO says this, and plasters it up on the walls of the company headquarters it gives every employee the authority to take risks, to innovate, to invent, to challenge the way things have been done in the past.

It wasn’t much different in Jesus’ day. Jesus was a man on a mission (literally!) and as the Gospel of Mark presents it Jesus moved fast (“And immediately”) and broke things (rules). This often put him at odds with the authorities, both religious and civil.  The issue of authority is at the heart of Mark’s gospel and the conflict that leads to Jesus’ death. The term authority is found 10 times in the gospel: the crowds recognize his authority (1:22, 27); Jesus gives authority to his disciples (3:15; 6:7); Jesus claims the authority to forgive sins (2:10); and servants are given authority in a parable (13:34). In 11:27-33, the religious leaders question to Jesus is, “By what authority are you doing these things?” they asked. “And who gave you this authority?”

The story Mark tells is one of Jesus having divine authority and thus the right to reorder priorities, redefine old commandments, and claim prerogatives which are otherwise God’s alone (forgiveness of sins, right to cleanse the temple). The conflict between Jesus and the authorities in Mark’s story is an extended clash over ‘authority’.

We need to distinguish between two different forms of authority.

There is Institutional Authority – where your authority is instilled by virtue of the position you hold in the organisation.

There is Personal Authority – where your authority comes from your personal experience, knowledge, qualities and confidence. It will vary depending upon your: age, gender identity, cultural identity, experience and achievements, knowledge and skills, role, reputation and track record, and networks.

It also depends upon the trust and respect given to you by others. As a Minister, every time I stand up to speak, I do so with the authority of an ordained minister in the Uniting Church, but the congregation also gives me personal authority over them. I can ask them to stand up, to talk with the person alongside them and they will (mostly) follow. But I can also lose that authority, if I show a lack of competence or my sermon doesn’t fit with their sense of the gospel, then they will ignore me or leave.

As a parent our personal authority seems to take a sharp dive once our children reach adolescence. Our knowledge and skills, experience and achievements count for little against the authority of the friendship group. For teenagers the opinion of friends carries far more weight that anything we can say.

But it remains true for us older people as well. Friends may not be subject matter experts, they may not hold formal authority roles, but in a recent online study 83% of respondents in 60 countries say they trust the recommendations of friends and family. Who we trust is more important that formal authority. The most credible form of advice comes straight from the people we know and trust.

Jesus was the son of God, but it was the ordinary men and women that he chose as disciples who would ultimately carry the good news of the gospel to the world. Fishermen, tax-collectors, prostitutes, outcasts and outsiders spoke with the authority of experience. You may feel inadequate. You may feel lost for words. You may feel we are not good enough. But you are the most credible witness to the gospel. When you say, “My faith sustains me through sorrow and grief.” “I am accepted though broken.” Whenever we share a post on social media.” Through these words and actions we carry the authority of Jesus to bring his grace and peace to those around us.