I saw the light 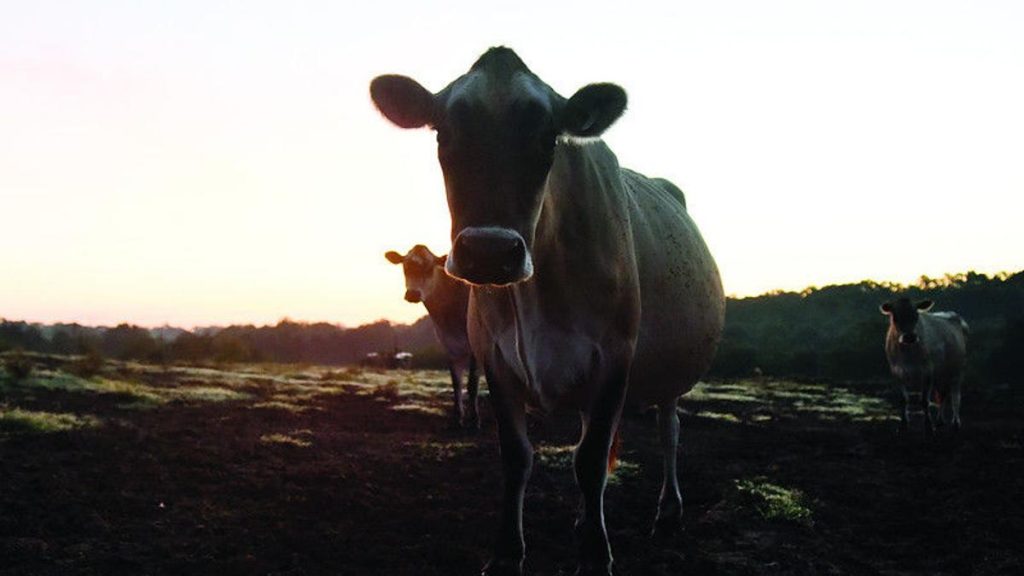 I am the youngest of four brothers and grew up on a dairy farm at Yarra Glen. There were six children in our family, but the two girls were spared from farm work.

As the youngest brother, I was assigned the most menial tasks. My older brothers on the other hand took the more responsible jobs that included the daily tasks of getting everything ready for milking. They would sanitise the cups, clean the machines, flush the pipes that transferred the warm milk from the point of milking into the twelve gallon milk cans. In the 1960’s, refrigeration and vats were unknown.

While my older brothers were doing this important work, my job was to go out to the paddock and bring the herd into the yards and then feed calves and clean the manure from the yards.

I soon developed a strong resentment about this division of labour, not just because of the implication that I wasn’t smart enough to do responsible tasks, but because my brothers’ jobs all seemed to be inside, under cover and involved hot water. My jobs were all outside, in the elements, and too often the cold winter weather.

I remember those very cold winter mornings. Wearing gumboots and a cheap plastic raincoat, I wandered through the muddy laneways to the paddock where the cows were. In winter, these early mornings were dark, very dark, and sometimes quite scary for a seven year old boy.

The dairy was located on a rise so it could be seen from almost anywhere on our one hundred acre farm. There was a light that shone over the cow yard. I’m sure it was only a 100 Watt, maybe at the most a 150 Watt light bulb. There were no spotlights and floodlights in those days but it was surprising how much comfort and in fact, light, landed on us some six or eight hundred metres away, in the paddock.

Surprising, because when standing next to the light, it didn’t seem to shine much further than the cattle yards whereas when you were distant from the light,  you realised that some of it, however faintly, was reaching you.

As my eyes adapted to the dark, and I was rousing the cows for their slow walk back to the dairy, I could see the pale light from that far off globe showing on the forward-facing parts of the animals. From behind, I could see the glistening of the dew on their backs and the steam rising from their nostrils and their warm bodies.

That single light bulb gave far more light and guidance than anybody looking from the shed realised. I’m sure they could easily have turned it off, thinking it was of no significance to me, far off in the muddy laneway but that light gave us direction and a sense of progress as we got ever closer.

Jesus talked about the church being a light on the hill, something visible to the world. Sometimes we think our light is so dim and so powerless, that we are tempted to switch it off, thinking that there is no-one in the immediate vicinity who needs or cares for it. But we should remember that light goes a long way and can be seen from a long distance. Even if it does not make much difference to visibility, it can give direction, it can give hope to people we have never met and don’t know.

Be visible. Be visibly Christian. Name the source and motivation of your good actions. I know it sounds hard but too often we hide behind simply being ‘good people’, when in fact we are good people motivated by strong gospel stories.

In this dark and broken world, we need to be that light on the hill. To be visibly Christian, to be visibly available, open and welcoming. To light a candle in the darkness, rather than curse the darkness. To believe that our presence in the world – talking, sitting, eating, caring, loving our neighbour – matters. To be a people of faith, to stand for something that can be seen from afar and guide people home.