Be careful what you pray for 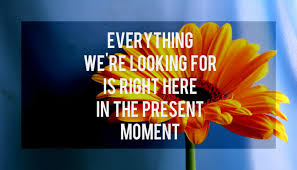 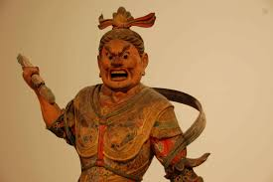 Chinese life in ancient times was meant to be so stable and settled that it was considered a curse to say to someone “May you live in interesting times.” Interesting times were times of rapid change and uncertainty. Well we are certainly there. Collectively and individually we live in interesting times. Nothing seems to be the way it was. Old remedies no longer work, church and community organisations struggle to maintain themselves, and as individuals we too often face uncertainty with job, health and relationships.

But this “interesting times” curse was only part one of a three-part curse, with each part being considered worse than the previous. Part two of the curse was “May your good works attract the attention of the authorities.” The Chinese obviously didn’t have a high opinion of Government officials. No thoughts of AOMs or Australia Day Awards here. Perhaps it was that they would have to pay tax or have their good ideas stolen. Many Australians are very happy “flying under the radar”, living the way they want without the intervention of the authorities. The Uniting Church has a real problem with so many congregations regarding the central bureaucracy as placing burdens on the local church, rather than being a source of support and ideas.

The third part of the curse is “May you find what you’re looking for.” Like the first two parts of the curse this doesn’t sound like a curse but it may suggest that as humans we are always more innovative, co-operative and growing when we are striving towards a goal. Is it that life is a never ending journey rather than a destination? Certainly that is how the Uniting Church describes itself in the Basis of Union. “The Church is a pilgrim people, always on the way towards a promised goal; here the Church does not have a continuing city but seek s one to come.” (B.O.U., para 3) and “The Uniting Church affirms that it belongs to the people of God on the way to the promised end.” (B.O.U., para 18).

In Mark’s Gospel we read of James and John asking Jesus “to sit, one at your right hand and one at your left, in your glory.” (Mk 10:37) Jesus tells them, “You do not know what you are asking.”  It 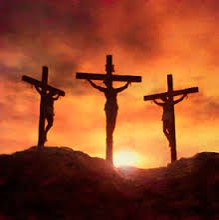 may be a curse to find what we are looking for because we don’t know what we are asking for and we are not well equipped to deal with the consequences. We often read about unhappy rich and famous people, who feel that they have “arrived” and then find that they have lost purpose and meaning. And it’s common to read of Lottery winners, who end up miserable because they are unable to deal with the pressures and responsibilities of wealth.

Jesus said to James and John that they were good disciples and would share in his life and ministry “but to sit at my right hand or at my left is not mine to grant, but it is for those for whom it has been prepared.” They didn’t know what they were asking for. Jesus’ glory would be revealed on the cross and the positions at his right and left hand would be filled by the other two people crucified that terrible day.

Paul Kelly has a song that resonates with this idea, “Be careful what you pray for. You just might get it.”