In praise of the camel

Camels are a remarkable and ungainly animal. Able to survive in very harsh conditions, strong, temperamental and strange looking. 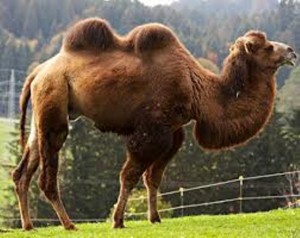 It is sometimes said that a camel is a horse designed by a committee. This is meant to describe both the inelegance of the camel’s appearance and the convoluted and inefficiency of committees. If you are involved in the community, the chance is you have served or currently served on a committee. Committees are vital to the functioning of community organisations, but we have a love-hate relationship with them. It is not hard to find someone to speak badly of committees. Another common saying is “the best committee is a committee of three people, two of whom are apologies.” People who love rapid decision making and are very convinced of truth of their own ideas often use this saying to express their frustration.

I’m on quite a few committees and at times I share these frustrations, but at times a committee can do things which take my breath away and leave me in awe of the wisdom contained in our community and the power of the committee structure to generate ideas and shape actions.

And so it happened that I recently attended a meeting to discuss how we could respond to changing circumstances. A month earlier we had briefly discussed the problem that was emerging but had barely moved beyond “the sky is falling” responses. Several loud opinions had been voiced. There was anger at the changes being forced on us. There was concern about the future. There was a desire that “something should be done about it”. But nothing had move and no plans had been developed. And then we had a meeting. It was just a few of us who had agreed to form a task group (sounds so much better that a sub-committee) to develop a plan. The tools of our trade were an agenda, a process, our collective knowledge and a few documents outlining the historical position and the new future directions/uncertainties.

And then something magical happened. In the course of 90 minutes ideas began to take shape. First one idea, which someone suggested we divide into two. Other ideas appeared out of the ether. Bouncing off each other, splitting, giving birth, growing, taking shape before of eyes. At the end of our meeting we had five options, an action plan and a timeframe. We had created something which didn’t exist 90 minutes before. None of us was sure who had thought of what. But it didn’t matter, together we had done something which we could not have done alone. This was some camel.

There are other sayings about committees and collaboration in general. One of my favourites is “Good ideas come from consultation” which reminds me that ideas are rarely born fully formed and that no one of us has all the wisdom and truth. The other saying that I like reminds me of the magic of collaboration, “The sum is greater than the parts”.

At its best the church is a community that understands that for all the complications of getting along with other people we are stronger together. The diversity of ideas, gifts and graces are fertile ground for anyone seeking to find their way to a new and uncertain future. The apostle Paul talked about the church as a body; head, arms, legs, etc all working together. Each respecting the value of the other. There is a place for each of us and each of us is valued.