I was asked to help a friend empty the furniture from her deceased father’s house. Most of us have had the experience of packing up a house, but usually it’s our own and we have a fair idea of what lies in each drawer or cupboard. If there is grime and mess, it’s our grime and mess and somehow that doesn’t seem so grimy. 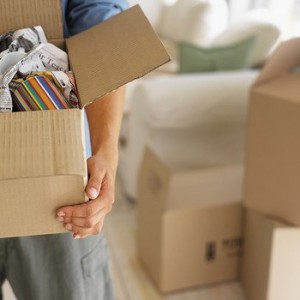 If it’s a friend’s house, we are asked to help pack up they are generally there to help and have either cleaned the worst of it or steer us away from those parts that they feel reflect badly on their cleanliness and character.

But when someone dies it’s different. We see it all and for the immediate family there is grief and memories in every drawer, cupboard and often the chips and stains on the walls or furniture. A life can be laid bare. No chance to clean behind the fridge. No chance to throw out the junk, to wipe out the fridge, or empty the cupboards of out-of-date food. It’s just there and the way it’s there paints a picture of the ones who lived there. Cut blue tacks designed to tack down linoleum floors have been re-purposed to hang pictures and nick-knacks from the side of a bookshelf. The dried-up tins of paint, stiff paint brushes, chisels, spanners, screwdrivers and assorted tools in the garage speak of a man who liked to tinker and fix things rather than throw them out and buy new ones. New paint brushes, still in their wrapping tell of unfinished plans. Old golf clubs used as garden stakes tell of competing hobbies and thrift.

As we packed his daughter and grandson told stories. This reminded them of that. They laughed and at times fell silent as the dimensions of their loss was revealed in this final task. The packing up of the family home comes after the hospital, after the funeral 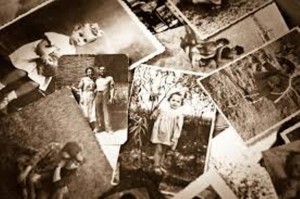 , after everyone has left. It’s all that’s left.

I had come to help and to take some old couches that I thought I could use but the visit became so much more. I didn’t know her father but as I packed and watched and listened I felt I was not just gaining a picture of his life, but also a deeper understanding of my friend; of how this twig was bent.

Much of the furniture and appliances had already been marked with post-it notes saying “Ref” and would be collected later to be given to refugees to help their resettlement. I’m not sure if her parents were refugees, but they were post-war European migrants and this donation was not just one of convenience. As I left with my couches I silently vowed to make a generous donation to the Christmas Bowl.

No doubt there will be many of you, dear readers, who will be feeling the loss of a loved one this Christmas. Whether this recent or some years ago it doesn’t really matter, Christmas is a time when we remember those who are not around the table as much as we focus on those who are. Be bold and propose a toast to absent friends, name them, honour them as they have helped to make you the person you are.

Rest assured that they are in the arms of God. The message of Christmas is that God is with us –Emmanuel– with us in the stable, with us at the table and with us in life and death.

This is the gospel, and it’s good news
Happy Christmas to all.
Brian Spencer, Minister