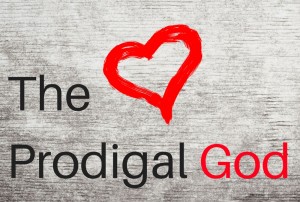 The love and pain of family relationships mostly happens out of public sight. It’s mostly a private affair, the intimacies and intricacies only known to the closest family and sometimes only to the parent. The aching love of a parent for a prodigal child happens out of sight. Even when we know of the circumstances, there comes a time when those outside the immediate family stop asking, because they feel that the answer hasn’t changed and we are raising a painful subject.

The story of the prodigal son is one of the most well-known story that Jesus told. In the story, a father has two sons, the younger son asks the father for his inheritance, and the father grants his son’s request. However, the younger son is wasteful and extravagant and squanders his fortune, eventually becoming destitute.

In the story of the prodigal son, the longer the son was gone and the more the stories of his wanton life filtered back to the community, people would have stopped asking, but the father kept watching and waiting. Love and belonging and intimacy are the holy grail of living; it’s why we’re here. It’s what gives purpose and meaning to our lives. But as the story prodigal son reveals that something which absolutely unravels our sense of love and belonging. That thing is shame. Shame is the fear of being unloved and unworthy of love. It’s that feeling that there something about me that, if other people know it or see it, that I won’t be worthy of love. It can be some failure of action, it can be some flaw of character. It’s universal; we all have it to a greater or lesser extent. For I am not who I seem. I am damaged. I am fearful. If I show you who I truly am, will you still love me?

In the story, the younger son overcome with shame returns home empty-handed and intends to beg his father to accept him back as a servant. To the son’s surprise, he is not scorned by his father but is welcomed back with celebration and fanfare.

“But while he was still far off, his father saw him and was filled with compassion; he ran and put his arms around him and kissed him. …The father said to his slaves, “Quickly, bring out a robe—the best one—and put it on him; put a ring on his finger and sandals on his feet. And get the fatted calf and kill it, and let us eat and celebrate; for this son of mine was dead and is alive again; he was lost and is found!” (Luke 15:11-24)