All that is gold does not glitter

“I feel very rich.” So wrote my sister Beth when relating the story of her “new” second-hand fridge. Beth is a writer and poet. I’m sure that I don’t need to tell you that in Australia that is a euphemism for being poor.

Beth could have been anything. She was Dux of Croydon High School back in 1974 and was the first and only one in our family to go to a “real university.” She graduated with Honours and completed a Ph. D. in Literature.

From an early age Beth decided she wanted to be a writer and poet and it has been her life’s vocation. She writes beautifully and powerfully with insight into the human condition.

Beth is also a tireless campaigner for social justice and environmental issues. An irrepressible optimist, she believes that even the most bigoted and narrow-minded person can change, and she does her best to help them to.

Beth lives in a small aluminium-clad cabin in a holiday park on the Central Coast of NSW. She lives a modest lifestyle by any measure, but I can understand her when she says, “I feel very rich.” It’s a measure of her generosity of spirit, her vast social network, and a sense of achievement that transcends monetary reward.

In J.R.R. Tolkien’s poem, “The Riddle of Strider”, he writes:

“All that is gold does not glitter,

not all those who wander are lost;

the old that is strong does not wither,

deep roots are not reached by the frost.”

The poem subverts our usual expectations and asks us to look beyond the surface to appreciate the underlying or hidden qualities of people and life. 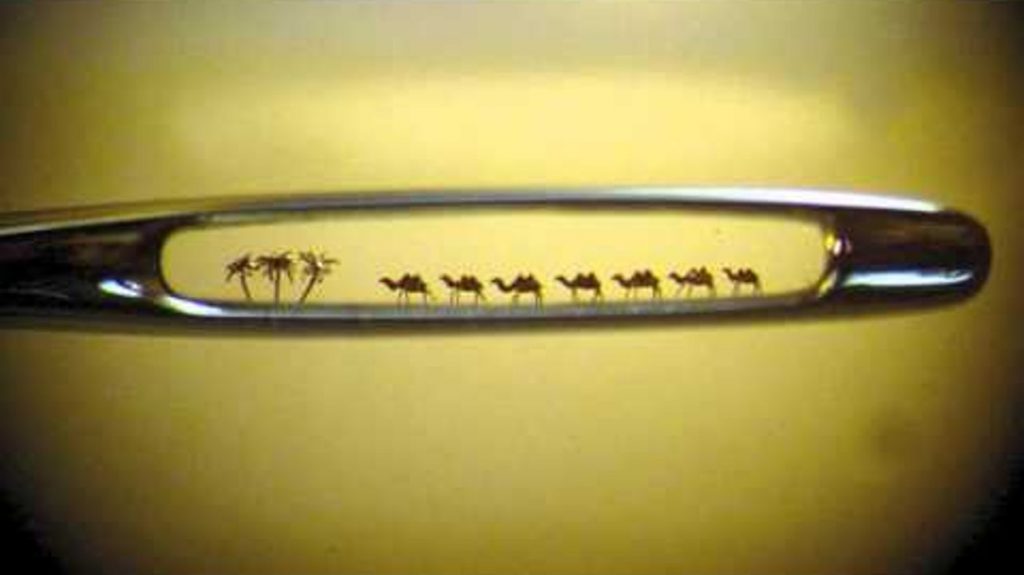 In Mark’s Gospel, there is a story of a rich young man who comes to Jesus and asks, “Good Teacher, what must I do to inherit eternal life?” (Mark 10:17, NRSV).

Jesus tells him an inconvenient truth: If you want to be really rich, go, sell what you own, and give the money to the poor, and you will have treasure in heaven. Then come, follow me.

The story ends sadly as the young man goes away grieving, for he had lots of possessions. Jesus then says to his disciples, “It is easier for a camel to go through the eye of a needle than for someone who is rich to enter the kingdom of God.”

In Australia, no-one wants to be told they are rich, let alone that they should give it all away! :Let’s face it though, we are rich! We live in a country with some of the highest living standards in the world. For all that we might complain about their deficiencies, our roads, infrastructure, health and education systems are the envy of the overwhelming percentage of the world’s population. We are also drowning in possessions.

The amount of money accumulated by the super-rich is staggering and beggars belief. While we are not in the same class as billionaires like Elon Musk or Jeff Bezos, sending rockets into space, literally, “astronomically rich”, we are rich in comparison to the many, in our world, and even our community, who are poor.

We can spend a lot of energy trying to rationalise that that is not true but I think it’s better to simply sit with the idea that this saying of Jesus makes us uncomfortable. It is an inconvenient truth for us as well as the rich young man in the Gospel story.

Personally, I seem to have accumulated more assets than I could have ever imagined and yet it is so easy to try to deny this by comparing myself with others. I would like to be able to tell the super-rich how to dispose of their money but I can’t. I can only control myself.

I have to assume that Mark didn’t record this story with today’s billionaires in mind. He wrote for all of us who hang on to our material possessions too tightly and whose sense of identity and wealth is tied to possessions rather than to a richness of relationship and meaningful achievement, “where neither moth nor rust consumes, and thieves cannot steal.” (Matt 6:20).

Mark’s story ends with the disciples being ‘greatly astounded’ and saying to one another, “Then who can be saved?” (Mark 10:26, NRSV). Jesus looked at them and said, “For mortals it is impossible, but not for God; for God all things are possible.” (Mark 10:27, NRSV).

In our discomfort, in our denials, in our reluctance to follow, the God of the impossible has not given up on us, God loves us beyond reason.